Brazil is a big and amazing country. Often tourists don't even know how many wonders it has to offer. YouTravel.me travel expert Elena tells why you should definitely go to Jalapao.

Golden dunes high up to 40 meters – fervedoros – that make you soar, mesas, canyons and lagoons with emerald green pools. A truly heavenly place with one of the most striking landscapes in Brazil. But the locals persistently call it “Jalapão é Bruto” (Wild), and I must say not without reason.

Jalapao is a region of 34 square kilometers that has the lowest population density in Brazil (you can drive for hours and not meet anyone). It includes a complex of five protected areas, including a state park. The main gate to the park is the town – Ponte Alta, which can be reached by asphalt road from Palmas (the capital of the state of Tocantins). But there are no good roads in the park itself, & nbsp; they are mostly unpaved or with soft sand, which sometimes creates the feeling that you are on a rally (you can’t do without 4×4).

Difficulty of access and obscurity contributed to the preservation of the virgin beauty of the park and provided living conditions for an incredible variety of plants and animals. Here you can meet tapir, capybara, armadillo, hyacinth macaws and toucans and even a jaguar. 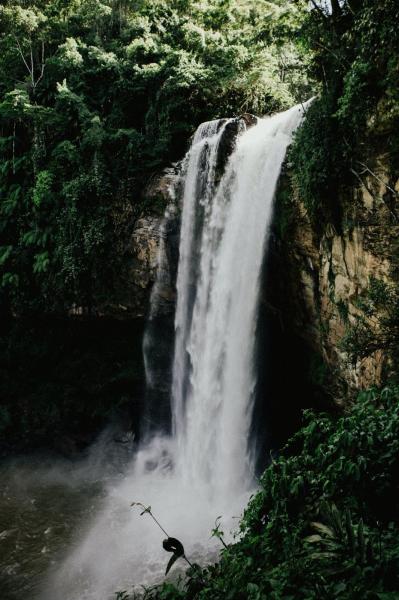 What can you see in 3 days in Jalapao?

This is the main card Jalapao. Formed as a result of the erosion of mountains, the dunes reach a height of up to 40 meters and have a unique golden color, in combination with rivulets that cut through the vegetation, they create a truly special look.

The most famous landmark of Jalapao. These are natural springs surrounded by lush vegetation. They are mostly shallow, but in some places there is a false bottom, where the depth can reach up to 70 meters. But it is impossible to drown there – since it is a source of underground waters, from where water beats out of the ground with such force that it pushes you up. Describing the sensations is useless, I suggest you experience it yourself. In total, there are up to 35 sources in the park, but only 8 are open to the public. All differ in shape, color and intensity of pressure. 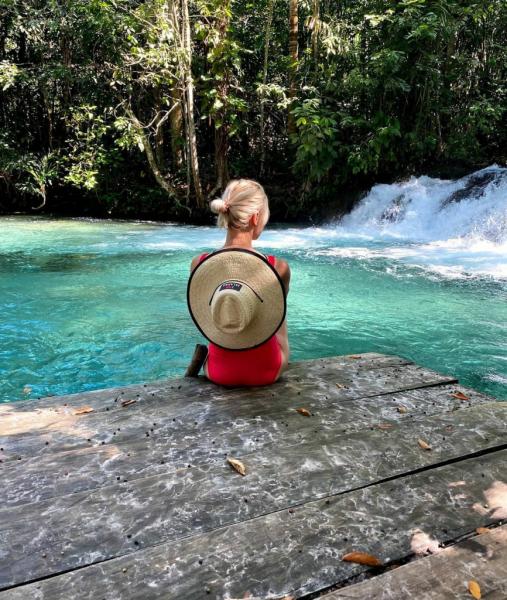 The perfect place to cool off on a hot day. Immersed in greenery, it forms a natural pool of crystal clear water that shines and shimmers with shades of blue and green. Closer to the waterfall itself, you can feel its hydromassage effect. 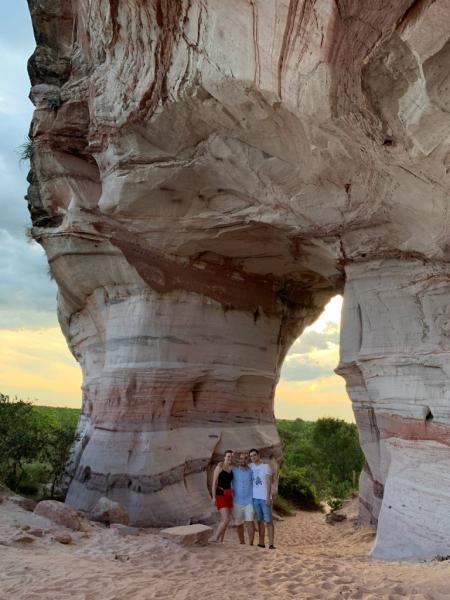 This sandstone rock has become famous for its eroded shapes and is the best place to watch the sunset in the cerrado. 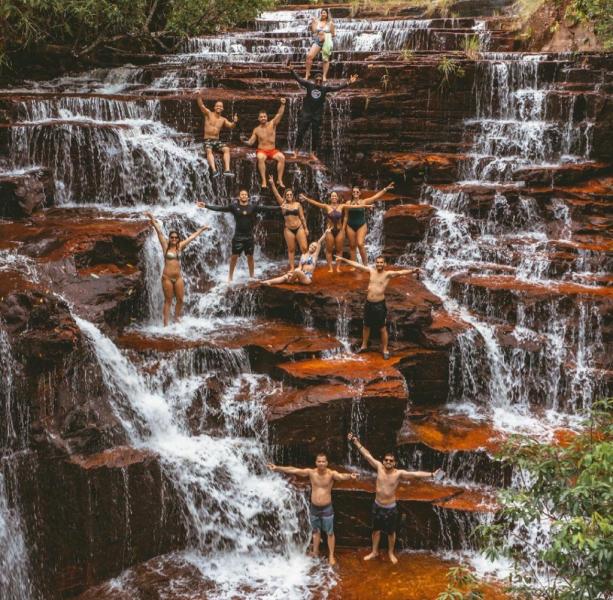 Another waterfall that attracts with its unusual shape. The water flowing down the steps of the waterfall forms a natural pool below, which can be reached by going down the path. 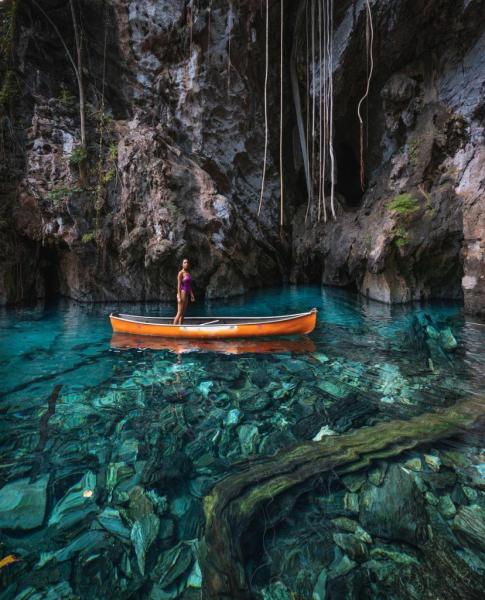 This is one of those oases that grows in the middle of the red earth savannah.  At the entrance to the lagoon, you are greeted by small fish that tickle you every now and then. To the entrance to the cave, where the bluest and most transparent water, you can swim on your own for about 3 minutes or go on a small boat, at the same time arranging a photo shoot.

A small canyon has 12-meter walls, decorated with vegetation, from which water constantly drips, creating a sense of mystery. & nbsp; Inside there is a small waterfall, and according to the locals, it grants wishes.

inhabited this area. In this village, men and women have different roles: while men are planting cassava, beans, rice and corn, women are engaged in traditional needlework – weaving products from “golden grass”.

One of the pearls of the Cerrado is the golden threads of an evergreen that grows in Tocantins. Golden grass is a raw material for the manufacture of bags, jewelry and decorative items, which are valued at the national level. Currently, the manufacture of such crafts is the main source of income for hundreds of families.