YouTravel.me travel expert Elena says that Rio is an amazing place. And we believe her. For anyone packing their bags for the unknown or just dreaming of distant lands, fasten your seat belts, next stop:

< p>One of the coolest ways to get to know Rio de Janeiro is to explore its trails. Do you love outdoor activities and stunning landscapes? Then you should see the top 5 routes in Rio de Janeiro:

While on Ipanema, it's hard not to notice a large rock formation, divided in two, which forms a single mountain called Two Brothers. The view of the mountain at sunset is unforgettable. My recommendation is to climb to the very top of the mountain.

The trail is quite easy – no more than 40 minutes. Along the way, you will see several viewpoints. In my opinion, it is worth stopping at the first one with a view of Rosinha (the largest favela in Latin America). The second platform will offer a view of Pedra da Gavea and Pedra Bonita.

How to get there: Entrance to the trail Two Brotherslocated inside the Vidigal favela, but don't let that scare you, the trail is quite calm, which is often visited by tourists. You need to take a motorcycle taxi (10 reais) at the beginning of the favela from Praça do Vidigal  and cross the village to the point where the trail begins (this is the very top of the favela).

You must have seen disturbing photos of people hanging on a rock above a cliff. It's actually just an optical illusion. There is a plateau under the stone, which allows you to pose without fear, so Mount Telegraph has become incredibly famous, to which the folk trail does not dry out.

The trail does not require special physical training, the ascent time is 50 minutes.

Tip: Go at dawn, it is ideal to leave the center of Rio de Janeiro before 3 am, so you will not spend the whole day in line for photos and meet a gorgeous sunrise. 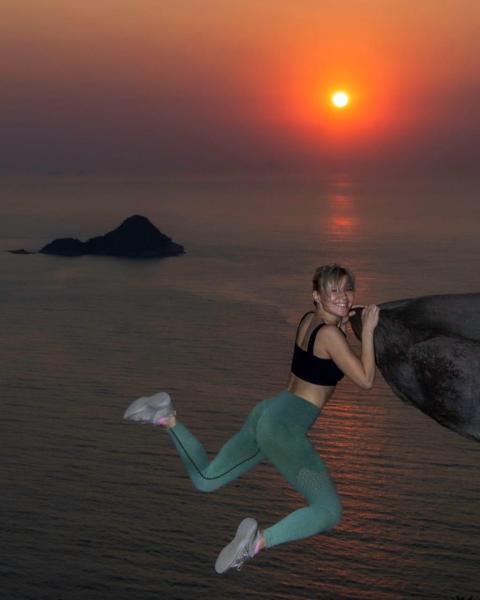 Once you have reached Mount Telegraph, you should not miss the opportunity to visit the wild beaches of Rio de Janeiro. Unlike the famous city beaches, they will enchant with their inviolable views. The beaches of Inferno, Buzios, Meio, Funda and Perigoso are a real paradise that even the vast majority of locals do not know about.

The trail is of average level, does not cause any particular difficulties, is well marked. The distance from the beginning of the trail to the last beach is 7 kilometers. There are several sections with a gentle rocky descent, there is a rope for safety net.

How to get there:After the Telegraph mountain, return along the same road, approximately in the middle of the trail, turn left onto Caminho das Estrelas, the beginning of the trail is marked on the map as Access Trail of Wild Beaches.

Tip: After Funda beach, pay attention to the small rock formation of Pedra da Lua, you can take unusual photos.

Pedra da Gavea is definitely one of the most popular routes in Rio de Janeiro. And fame came to him not in vain: after all, this is the largest stone block by the sea in the world. Most of the way passes inside the Atlantic Forest, but at the end the trail turns into rocky walls, this is the most difficult part of the route.

The ascent takes 3 hours, requires good physical fitness and a guide who knows the trail well.  But no matter how tiring the journey may seem, the view compensates for this, because this is the best angle of the beautiful city.

How to get there: The entrance to the trail is on Barrinha Street (Estrada Sorimã), between the districts of São Conrado and Barra da Tijuca.

Tip: Be sure to bring water (at least 1.5 liters), repellent, a hat and sunscreen. 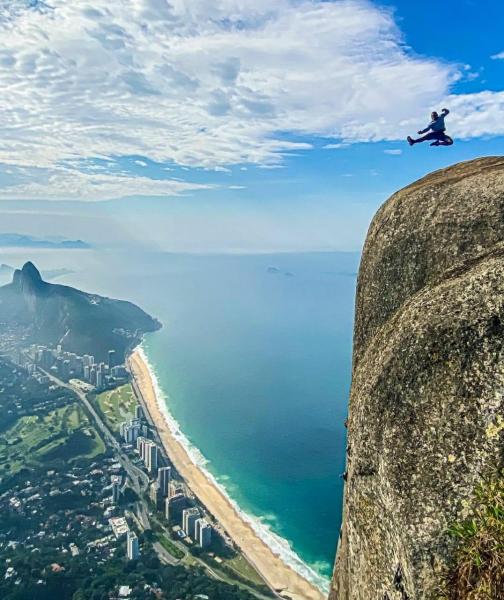 Pedra do Pontal is an unusually shaped rock that separates the beaches of Recreio and Macumba and is connected to the mainland by a strip of sand visible only at low tide.

The trail is easy, it will take you only 20 minutes to get to the top and enjoy the panoramic views.

How to get there: Start of the trail at Posto 12 of Recreio beach. Climbing must begin from the side of the cliff facing Recreio beach.