Abkhazia – a land with a great history, amazing climate and incredible natural beauty.

We tell you what you should definitely see if you are planning a trip to Abkhazia.

The symbol of the city of Gagra – colonnade of towers and arches, erected after the Second World War. In the center there is a square with a fountain – it is a typical meeting place for locals and tourists. Here you can enjoy a beautiful view of the beach and the Black Sea.

One kilometer long shady park was built on the coast of Gagra at the beginning of the 20th century. Since then, it has lost some of its beauty, but is still planted with exotic trees to help shelter from the heat.

3. Fortress of Abaata and Church of Saint Hypatius

Church of Saint Hypatius – monument of ancient Christianity. Its construction began in the 6th century. Now – This is a functioning church, completely restored. The fortress gates of Abaat with a stone arch have survived to this day and are one of the oldest buildings in Gagra.

A gastronomic and cultural symbol of the city of Gagra, a restaurant with a rich history that has existed for more than a century. Luxurious interiors, the most delicious national food and a view of the Seaside Park. Getting to the restaurant is not very easy, but it's worth it. If you're here during a gastro tour, be sure to check it out.

Prince of Oldenburg was a relative of Nicholas II, he was engaged in the improvement of the Black Sea coast, and all the infrastructure of the early 20th century that appeared on the territory of modern Abkhazia, – his merit.

The castle on the mountain, built in the Art Nouveau style, served as his summer residence. Now the castle is awaiting restoration, so you can admire it only from the outside.

The sanatorium was built in the 60s for party workers and their families. This is a huge area:

Currently, the sanatorium is abandoned, but people do not stop coming here. The balcony overlooks the Black Sea, the rooms and the concert hall are dilapidated. Officially, entry to the territory of the resort is prohibited, but there are many companies that conduct group and personal tours. 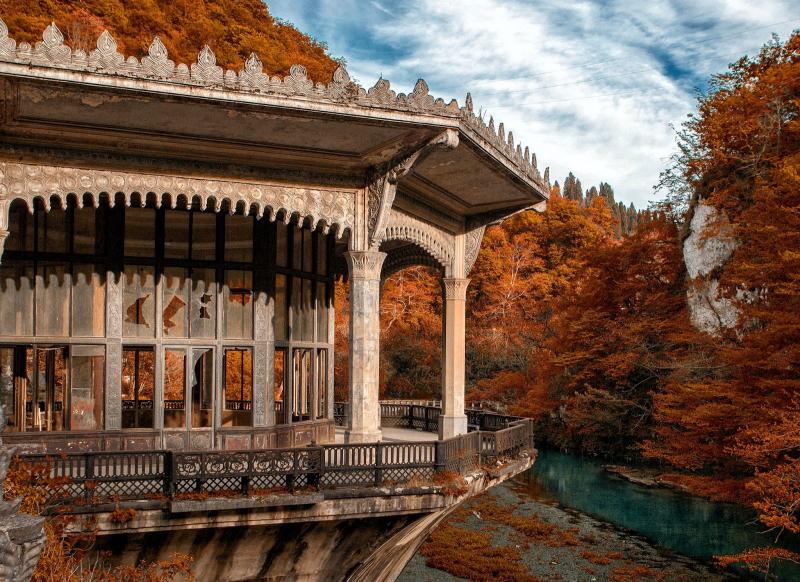 In the summer, an impressive water park operates on the coast of Novaya Gagra. In a large area there are many pools with slides for people of all ages. None of the slides goes into the sea, there are many areas for recreation. The park is open until 18:00, there is enough entertainment to spend the whole day here.

A picturesque mountain with a beautiful view 6 kilometers from Gagra. From here you can see both Gagra and Pitsunda. You can get to the top on foot, by car or bus. The slopes of the mountain are covered with meadows and forests, from civilization there are only shepherd's houses and one cafe.

There is an unusual waterfall along the road leading to Lake Ritsa that looks like a weeping rock. The water here does not flow down in a stormy stream, but glides in small drops over the stones.

According to the legend, the waterfall – a symbol of the love of one unfortunate girl thrown off a cliff by an evil sorceress. Now, as a sign of love, colorful ribbons are tied here: you will definitely pay attention to them.

According to the same legend, the lover of the unfortunate girl cried when he realized that she was doomed to death, and his tears gave rise to another waterfall in the reserve near Lake Ritsa. Here, a stream of water falls from a mountain range, forming a small reservoir below.

Ribbons as a sign of love are also tied here, although it is more difficult – you need to get through the spray of flying jets.

Lake with an unusual shade of blue water. It is located on the road to Lake Ritsa and is surrounded by rocks on all sides. The water here is very cold, even on the hottest days its temperature does not rise above +10 degrees Celsius.

Only the most hardened ones bathe here, but almost everyone wash their faces with water from the lake. According to legend, you can rejuvenate by exposure to an unusual color of water.

The canyon is also located on the road to Lake Ritsa, these are two rocks overgrown with moss and boxwood, between which there are only 20 meters. The clean and swift river Yupshara flows below, it originates in the waters of Lake Ritsa.

It is always cool and shady here, even in the hottest summer hours.

Alpine lake with the purest water – the main attraction of the nature of Abkhazia. The lake was formed as a result of the fall of part of the mountain range into the river after a large-scale earthquake.

Around Ritsa there are mountains of stunning beauty, a park of relict trees and clouds descending very close to the surface of the water – perfect place for photo tours.

An inconspicuous green house, disguised by the greenery of lindens on the shore of Lake Ritsa, was the residence of Joseph Stalin. The house was surrounded by barbed wire and was constantly under the supervision of the military, and now it works as a museum.

All the interiors have been preserved, you can enter the house itself, walk around the territory and even stay in the annexes intended for Stalin's servants.

Medieval Orthodox church of the XX century, ten kilometers from the border with Georgia. The building looks very ascetic, there are no rich decorations, but the mountains and the sky surrounding the lonely temple make it majestic.

It is difficult to get here, there are no public transport routes, so it is best to go by car or take a taxi.

16. The ghost town of Akarmara

At the end of the thirties of the XX century, this village was created for workers in coal mines. There was a good building, and to get housing was considered a privilege. In the 90s, during the blockade and bombing of the area, many people died, and the rest managed to leave.

Now it is an abandoned city with the remains of houses, things and past life. You can get here from Sukhumi by car or by regular bus, which runs very rarely.

In the 5th century, the fortress in New Athos performed a defensive function. During the long years of its existence, the fortress was destroyed and restored many times. Now an observation deck has been built on the watchtower of the fortress, from which it is best to view the surroundings.

A huge ancient dungeon, discovered only in the second half of the 20th century. A sightseeing train now runs inside the cave, there are only 3 stops on its route, the length of the journey is a little more than a kilometer.

During the trip, you can see underground caves, stalactite palaces and ancient stones of bizarre shapes.

A multi-cascade waterfall in a nature reserve near Lake Ritsa. Due to the turbulent flow, the water is saturated with air bubbles and acquires a white color – from the side it seems that milk is flowing over the stones. It is very noisy near the waterfall, the water flows drown out all other sounds of the surrounding nature.

This complex of temples near Mount New Athos was built in the Neo-Byzantine style. Under the golden domes of churches in different periods of Soviet history were:

< p>Now the temples of the monastery are functioning, services are being held in them, and almost all entrances are open to parishioners and visitors. 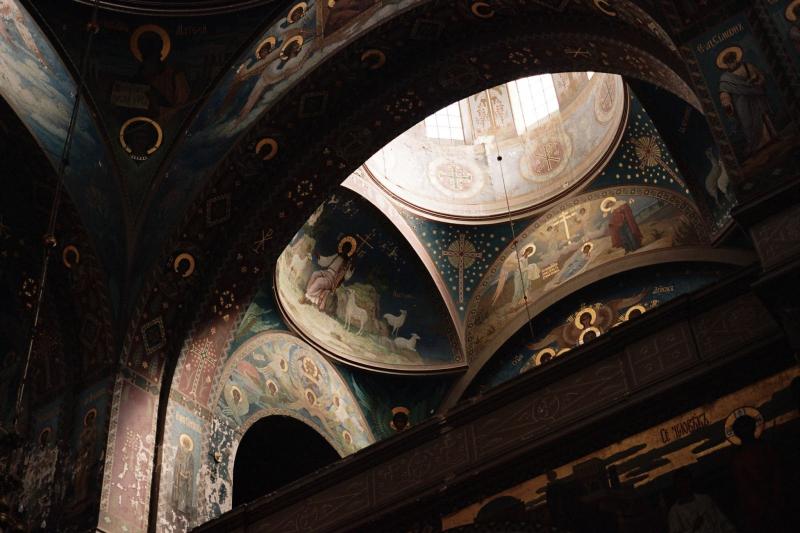 The medieval bridge, built in the era of the Georgian kingdom, is located seven kilometers from Sukhumi. Previously, this bridge across the Besletka River was part of a trade route, and towers towered on both banks. Now the towers are destroyed, the bridge is covered with green vegetation, but it still functions.

The waterfall is located near Gagra and is almost 70 meters high. In the sun, it sparkles with millions of drops flying in different directions like sparks. The path to the waterfall is difficult, it can be reached only in snowless seasons and only by all-terrain vehicle.

Abkhazia is rich in beaches, here are the most popular:

There are more than 300 primates in the nursery, they are kept not so much for entertainment as for scientific purposes. The question of visiting such places – difficult and requires ethical choices.

You can feed the monkeys with food purchased at the entrance to the nursery or bring fruits and nuts with you.

More than two hundred years ago, in Sukhumi, as in a place with a climate suitable for tropical plants, rare species were planted to use them for medical purposes. Now on the territory of the botanical garden you can walk under the green crowns of rare plants from all over the world and look at the mighty sequoias. 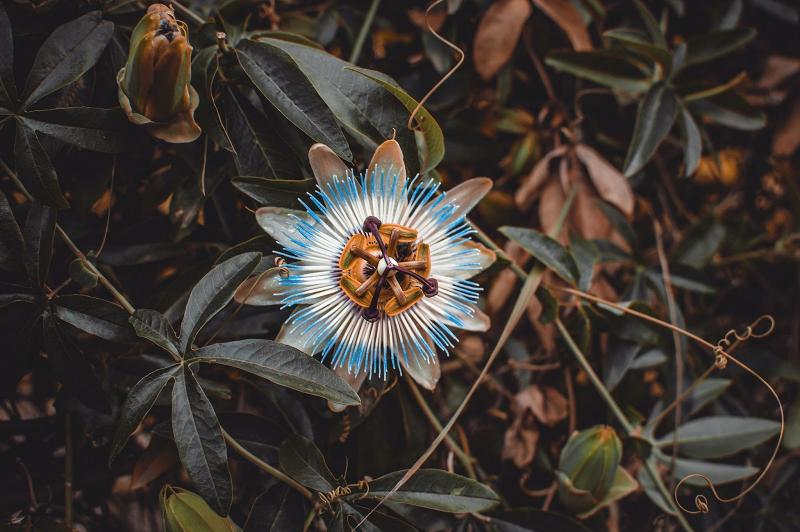