Abkhazia – soul country. It's delicious, beautiful and cheap. Russians often come to this country during their holidays in Sochi, but we advise you to go on a full journey through the most secluded corners of Abkhazia, freely walk in the mountains and swim on the secluded beaches of the country.

For convenience, we have created for you a small guide of attractions by region, which you can use for your own tour of Abkhazia in 2021.

The first mention of the city of New Athos dates back to the 3rd century, one of the oldest and most impressive buildings in these places is the Anakopia fortress, built back in the 4th-5th centuries. Its ruins are located on the top of the mountain, so it will not be possible to drive directly to the fortress, so you will have to walk from the foot.

Entrance to the territory of the fortress costs 200 rubles, it takes about 40 minutes to get to it from the ticket office.

On the territory of Abkhazia there are four deepest caves in the world, New Athos is not one of them, but it can definitely be called the most beautiful – look there when you take a tour of the caves. At a depth of 135 meters (the maximum descent available for tourists) await you:

The attraction is located within the city of New Athos, you can get into the cave as part of an excursion that will take 1.5 hours. 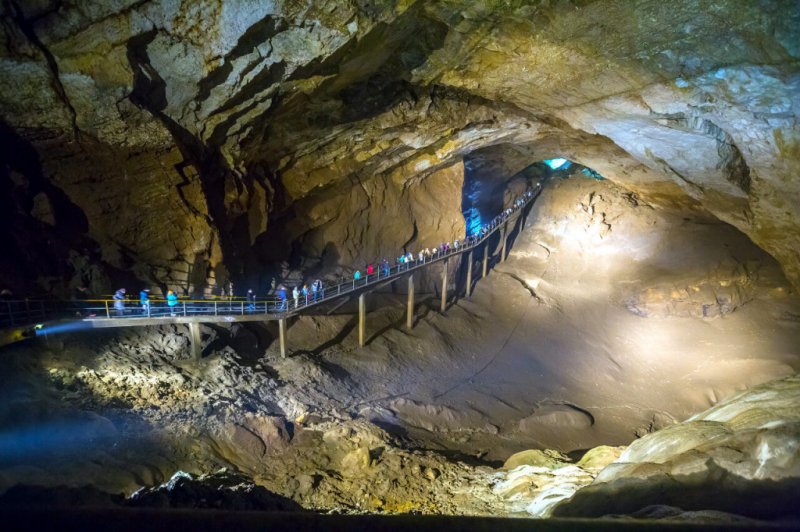 The waterfall appeared after the construction of the dam in 1882. As before, it is actively used for the needs of the local monastery. Next to it is the medieval church of Simon Kananit, and if you climb the narrow ladder next to the waterfall, you can get to the Soviet station “Psyrtsha”, the tunnel and platform of which are hidden by dense thickets.

All these places are on foot accessibility from the center of New Athos. 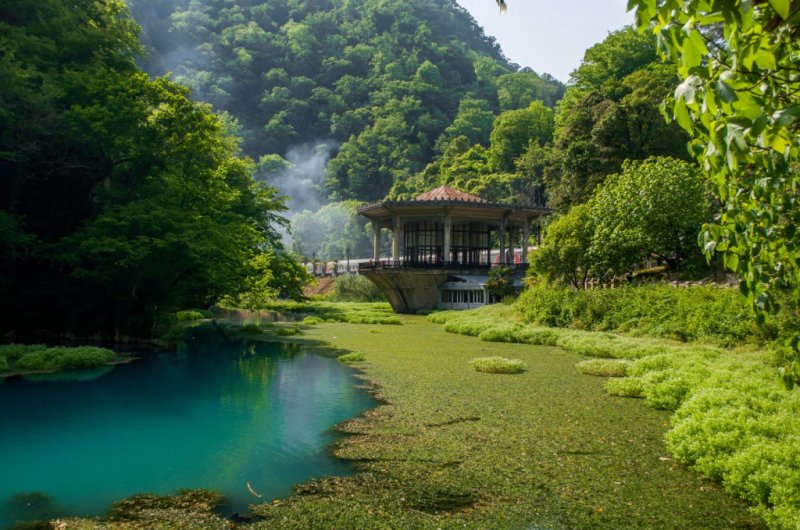 For a long time only local residents knew about Lake Ritsa, but today these fabulous views are available to everyone. Public transport does not go to these places, so the best option would be to take an author's tour and learn more about these places from a guide.

The road to the lake lies through the reserve, so along the way you can see such sights of the Gagra park:

To the north-east of the village of Avadkhara, at an altitude of more than 2,000 meters, there is one of the most impressive places in the Caucasus – Alpine meadows. It is quite difficult to look at flowering meadows and relax in the mountains on your own, since there is almost no infrastructure in this area and you need to rent special vehicles.

Local guides offer off-road tours that can last one day or a week ! It is worth climbing the mountains from May to October, in winter it is dangerous here due to avalanches. 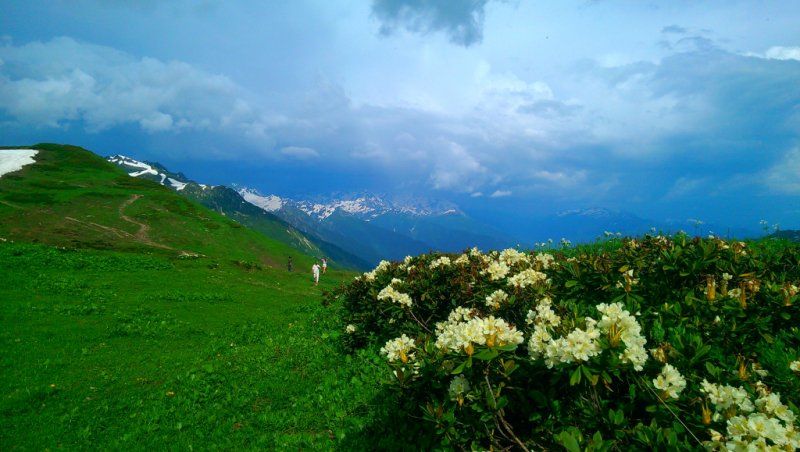 Abandoned sanatorium “Georgia” and the castle of the Prince of Oldenburg

After the Georgian-Abkhazian war of 1992-1993. in Abkhazia, former resorts and sights fell into disrepair. However, many destroyed buildings, for example, the Soviet sanatorium “Georgia” still amaze with their grandeur.

It stands in the historical part of the city, so you can easily get to it even on foot.

Another memorable place – the castle of Prince of Oldenburg, which was built back in 1902, but after the collapse of the USSR, was looted and almost burned down. Today, you can get inside it only as part of a guided tour due to the emergency situation of the building.

Not far from Gagra, between the villages of Bagripsh and Tsandripsh, there is a beach framed by basalt rocks. Because of this, the water near its shores seems azure. This place has gained popularity not only because of its beauty, white stones do not get very hot in summer, so it is a pleasure to relax here. 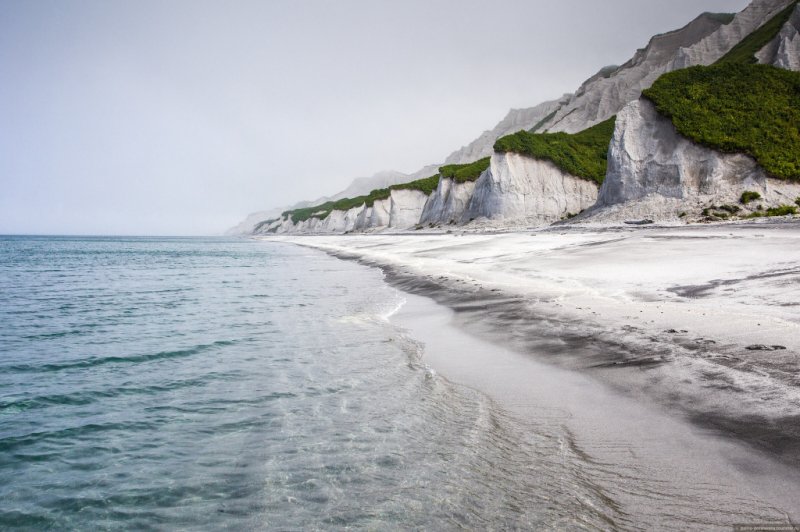 Beach near a pine forest

To the left of Cape Pitsunda is one of the best beaches in Abkhazia. There are not many people here, and in the shade of pines you can hide from the scorching sun. 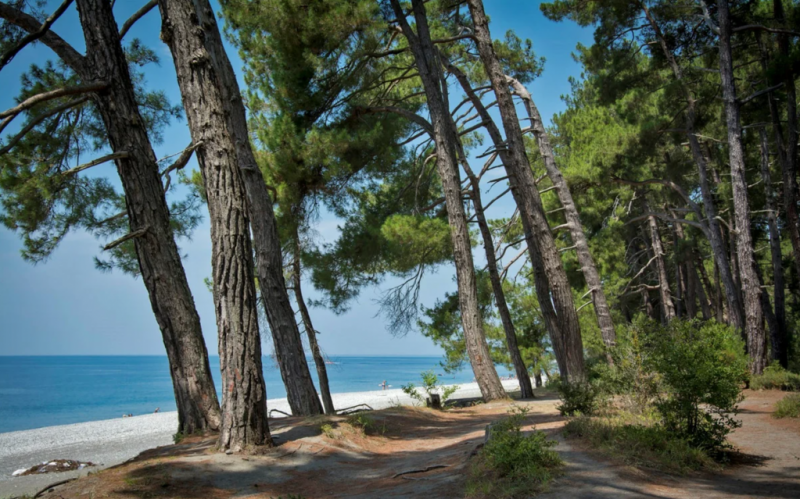 In Soviet times, the well-known sanatorium “Mussera” was located near Pitsunda and Gudauta. with its own beach. Now anyone can get on this coast. This place attracts travelers with its sandy embankment, the intoxicating aroma of pine trees and the mountain landscape of Abkhazia. 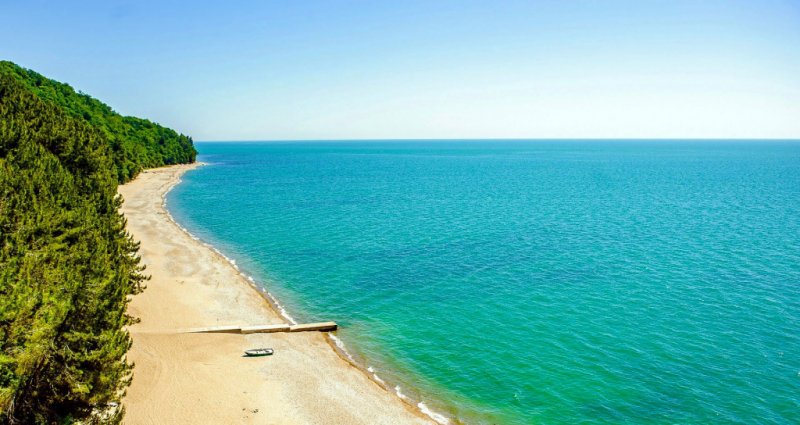 Most of the sights of Abkhazia are located near the coastline, but in the mountains closer to Georgia the cathedral, which attracts thousands of travelers every year – Bedia Cathedral. It was erected in 999 and became the tomb of King Bagrat III. You can get to it by your own car, having reached the village of Agbedia, or as part of an organized group from almost any resort town in the country. 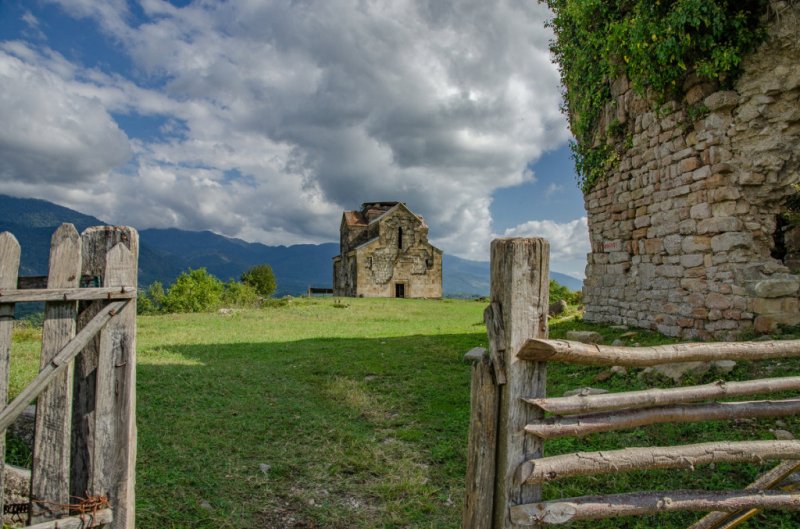 In hospitable Abkhazia, anyone can find something to their liking. And most importantly, the local nature is so rich that you understand: you definitely need to come back here!

We are sure that after visiting all the points from our list, you will definitely want to visit Abkhazia again to make your list of the best places .