What do we know about Bolivia

This is a state in the central part of South America, a fifteen-year-old captain was supposed to get there. The Andes, Lake Titicaca, the death road of Bolivia complete the list of school knowledge about the country.

Have you walked among the clouds? No, not among mountain peaks, rocks and freezing winds. On the plain barefoot on a warm sunny day. There is such an amazing place in the Plurinational State of Bolivia – town of Uyuni. 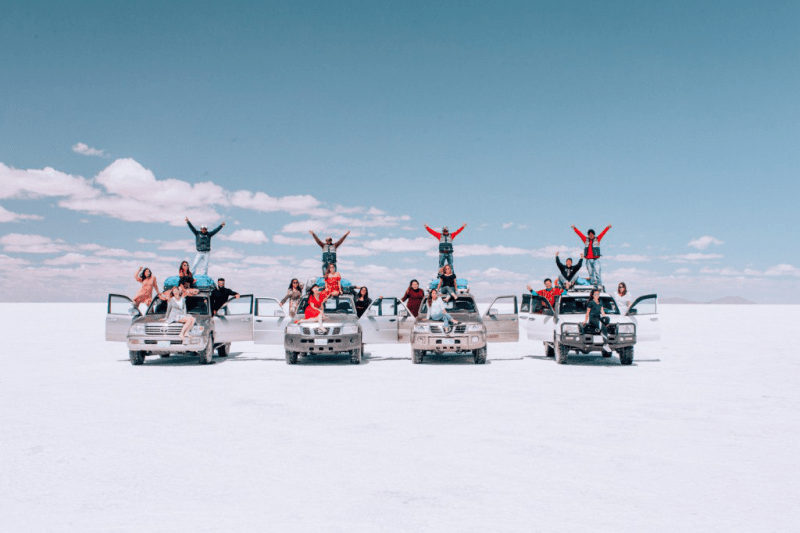 Salar de Uyuni – a white world from which you can step straight into the sky. It is located in the south-west of Bolivia on the Altiplano high plain near the town of Uyuni at an altitude of 3,650 m above sea level. The length of the salt marsh is 250 km from west to east and 100 km from south to north.

It is the largest dry salt lake in the world. The layer of salt here is 2-9 meters, and in some places up to 10. Its reserve, according to the most conservative estimates, is 10 billion tons. In the dry season, salt is everywhere, around, everywhere, as far as the eye can see. Ideally flat snow-white desert, in the middle of which there are islands where cacti grow. There are about 10 thousand of them here, the oldest is 1,200 years old – botanists say so.

Huge stones of bizarre shapes diversify the landscape. Salar de Uyuni will be of interest to professional photographers and amateurs of shooting on the phone – a good reason to buy a photo tour.

Salt is not in vain here. In addition to mining for the food industry, about 25 thousand tons per year, it has found another worthy application – use in construction. Hotels, restaurants and residential buildings in the vicinity of the lake are built from salt bricks. Cheap and healthy!

In all its indescribable beauty, the Salt World appears during the rainy season from November to March. At this time it is warm here, in the daytime up to +22 Celsius, but it is always windy. The salt marsh is covered with a thin layer of water and unites heaven and earth in the largest reflection into a single whole. At the same time, flocks of flamingos fly to the lake.

When a person is on the Salar de Uyuni, the feeling of reality disappears. The blue sky and white clouds are reflected in the surface of the salt marsh, it is impossible to determine where the lake ends and the sky begins. Scenes from the 8th part of the Star Wars saga were filmed here. During filming, the salt marsh became the planet Crate.

Uyuni Salt Flat – the largest mirror surface on earth. The locals call it the “mirror of the gods”. When space satellites fly over the perfectly smooth mirror surface of the salt marsh, they go through a certain high-precision tuning stage here.

Another local attraction. Rare steam engines in open-air museums around the world are:

In the town of Uyuni, they are in their original form in all their working truth. Local government in 2006 adopted a program for 15 years for the development of the region. One of the – “cemetery of locomotives” turn it into an open-air museum.

Who hasn't been to Bolivia yet, don't postpone a trip to the author's tour in Bolivia for a long time. The salt lake will amaze no less than the seas and oceans!