Piercing icy winds and meter-long snowdrifts for 9 months a year are a bad dream for most of us and a harsh reality for residents of the coldest cities on the planet. Russia is the undisputed leader here: most of the settlements with the most extreme climatic conditions are located on our territory, but other countries also contribute. So, a selection of places where life takes place in the struggle with nature, and people can be forged nails.

Climatic winter in Yakutsk lasts from October to April, in January-February it is often -50 °C. Spring and autumn fly by unnoticed, in May and early summer it sometimes snows. The capital of Yakutia beats all records of temperature differences – from time to time in July-August it fries up to +50 ° C, although in general the summer in the city is short and cool.

One of the cold poles of the Northern Hemisphere is located in Verkhoyansk, so the town rightfully claims to be the coldest settlement in the world. The local temperature minimum is almost -70 ° C, but it was recorded only twice in the history of observations. Frosts often occur in summer, and from September to May, the negative temperature is kept on a permanent basis.

Houses in Norilsk are painted in bright colors – something that should cheer up the inhabitants of the city, who are cold for most of the year and even in summer they see the sun relatively rarely. From October to May in Norilsk there are frosts, snow lies up to 9 months a year. The winds blow with such force that sometimes, due to snowstorms, nothing is visible at a distance of a meter.

Oymyakon competes on equal terms with Verkhoyansk for the title of the coldest place on Earth. In October, thirty-degree frosts come to the village, invigorating -50 ° C are guaranteed in winter, April is undead by spring -25 ° C. Summer in Oymyakon also happens, sometimes even very hot. But always short. Despite the harsh conditions, local residents do not lose optimism and cordiality, gladly accepting a few tourists.

In the northernmost city of the United States, located in the state of Alaska, the temperature outside the window is just above 0 ° C – a reason to go for a summer walk. There are no frosts in Utqiagvik for only 2–3 months a year, and you will not surprise anyone with snowfall in July. The situation is aggravated by constant winds, because of which the frosts are even more difficult to bear. For local Eskimos, -25°C from November to April is a common occurrence, and in the winter months, the cold sometimes reaches -50°C.

There are many cities in Canada with long winters, autumn-spring periods with sub-zero temperatures and cool summers. Among them stands out Snedge, which arose during the gold rush. In January, the thermometer there can drop to -60 ° C, and in August it can not rise above +5 ° C. However, the inhabitants of the town have long been accustomed to bitter cold accompanied by strong winds. /f550x700/ci/s3/cis3xx8ifh4cw84w0kwowo0cw.jpg” media=”(max-width: 549px)”> 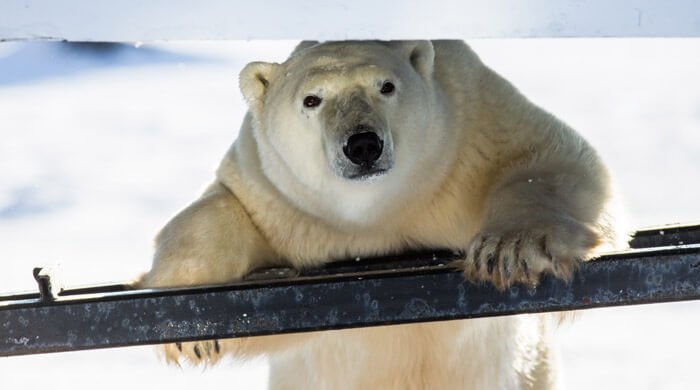 Although the capital of Mongolia is not located near the Arctic Circle, it still has an extremely harsh climate. From November to March, the temperature in the city often drops to -40 ° C, while there is practically no snow in winter, but the streets are very dusty. On the other hand, due to the dry air, frosts in Ulaanbaatar are easier to endure – a significant plus for the descendants of Genghis Khan.

What else to read on the topic?

The polar night in Longyearbyen lasts 3.5 months, and the polar day lasts about 4 months. Despite the fact that the winter cold here reaches -40 ° C, in autumn and spring it is almost always below zero, and the summer is cool and short, many tourists come to the city. There is something to see there: magnificent northern nature, slender rows of colorful houses and a futuristic university building.