Helsinki is not a cheap city. However, the flow of tourists who come here for shopping does not dry out, especially from neighboring St. Petersburg. Because Finland is a sign of quality. Here they buy delicacies, sportswear and household chemicals. And during sales periods, prices will be quite acceptable, even taking into account the euro exchange rate and the general high cost.

Shops in Helsinki are open on weekdays from 9:00 to 18:00 (some large shopping centers close later – at 20:00-21:00), and on Saturdays from 9:00 to 14:00-15:00 (large malls – until 18:00). On Sundays and holidays, everything is closed, except for small convenience stores and gas station shops. Since 2008, according to the decision of the Finnish government, it is also allowed to trade on Sundays and public holidays. However, this is precisely the right of each store or distribution network, and not its responsibility.

There are two sales in Helsinki, as well as in all of Europe – winter and summer. Winter season starts after Christmas (December 24-26, shops are closed) and lasts about a month. The summer sale starts before the Juhannus holiday, on the first Saturday of the twentieth of June.

Discounts during the sales period traditionally reach 50-70%. Some stores promise up to 90%, but in reality this almost never happens, except for the most slow-moving sizes. Individual retail chains sometimes arrange additional off-season sales. For example, the Stockmann chain reduces prices twice a year: in April and October. The Sokos department store chain also holds extraordinary sales twice a year, each year these dates vary.

What to bring from Helsinki

Shops for exclusive clothing from local designers (some of them very talented) are concentrated in the Design District. You can also find jewelry, accessories and antiques stores there. On weekdays until 18:00 and weekends until 17:00, fairs are held on the Helsinki Market Square (Kauppatori) where you can buy gifts and souvenirs – wood, fur, glass, textiles, as well as Finnish knives. In summer, mushrooms, raspberries and strawberries are sold here. River buses and ferries depart from the market square and take passengers to Korkeasaari Zoo and Suomenlinna Fortress.

For shopping in Helsinki, it is better to go straight to the center. There, literally side by side, are the largest city department stores interspersed with small boutiques. Most of the shops in this city are concentrated in the area of ​​​​several streets of Aleksanterinkatu Street, named after the Russian Emperor Alexander I (Aleksanterinkatu), Mannerheimintie Avenue, Esplanade (Esplanadi, north and south), Fredrikinkatu (Fredrikinkatu), Korkeavuorenkatu (Korkeavuorenkatu) and Bulevardi.

Shops and shopping centers in Helsinki

Stockmann is the largest shopping center in the city, occupying an entire block between Mannerheim Avenue and Aleksanterinkatu Street. Literally everything is sold here: from food, including delicacies, and clothing to luxury perfumes, electronics and goods for summer cottages. The territory of the shopping complex is so huge that at the entrance visitors are given guidebooks – without them it is easy to get lost. .ru/sized/f550x700/cu/dy/cudyph6c2n4gc0w0ko04408gs.jpg” media=”(max-width: 549px)”> 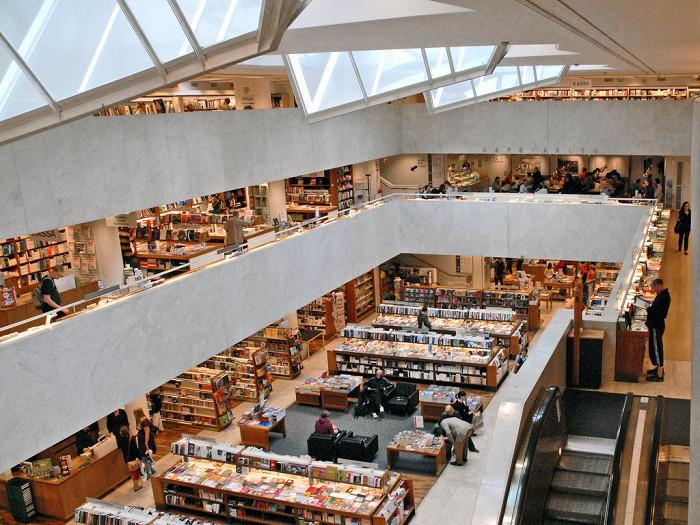 Forum is another large mall in Helsinki, which is also located a whole block from Simonkatu Street to Mannerheim Avenue. This is a five-story building with more than 120 stores. The choice is less than in Stockmann, but the prices are slightly lower. sized/f550x700/74/fa/74faxkzf5l8oc0gco00wkskwc.jpg” media=”(max-width: 549px)”> 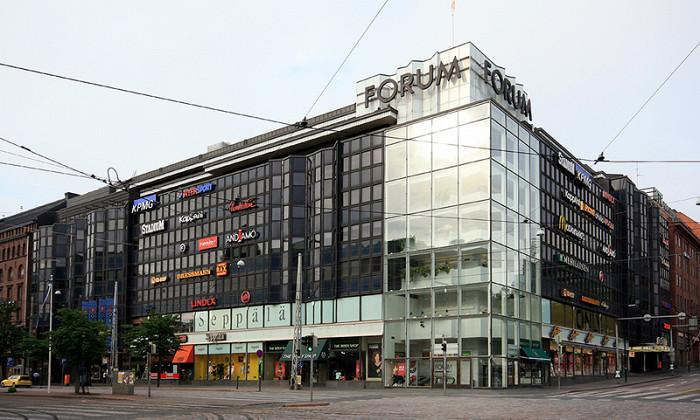 Sokos is a shopping center of a well-known Finnish chain located on Mannerheim Avenue in Helsinki. The main assortment is women's and men's clothing, cosmetics and household goods. There is also a restaurant, a grocery store and even a hotel on site.

Itakeskus is one of the largest shopping malls in Helsinki, unlike other popular shopping centers, located on the outskirts of the city (easy to get to – within walking accessibility there is a metro station). On its territory there are many shops of popular European and local brands of clothing and footwear, cosmetics, electronics, household goods, as well as a good food court and beauty salons.

Kamppi is located in the city center with more than 150 stores on five floors. On the first and second floors there are boutiques of clothes, shoes and perfumes, restaurants and cafes, on the third floor there are goods for children, on the fourth floor there are sportswear and equipment, and on the fifth floor there are youth fashion clothes. There are also electronics stores, home goods and supermarkets here. /0q/sm/0qsm2zlrona8kgsos84g4csgk.jpg” media=”(max-width: 549px)”> 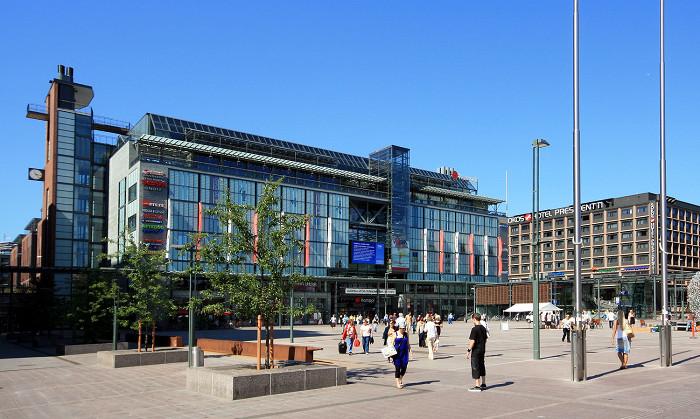 Kamp Galleria is a shopping complex in the center of Helsinki, which houses both premium-class boutiques and a mass market, jewelry stores, a hotel and a food court (Japanese restaurants are of particular note).

Alko is the main Finnish liquor store. In ordinary supermarkets, you can buy only beer and light wines, and you should go here for the famous Finnish vodka. Keep in mind that the Finnish words viina (viina) – vodka and viini (viini) – wine are very similar, but the Russian word “vodka” will certainly be understood here.

There are several outlets in Helsinki. The Warehouse outlet is located on the third floor of the Citycenter shopping center opposite the railway station. Also within the city limits is the Ruoholahti shopping center. In these shopping malls, you can buy unsold collections of many democratic brands – Reebok, Miss Sixty, Puma, Spirit, Tiger of Sweden and others.

Another outlet within the city — mono-brand Stockmann — is located opposite the central Stockmann store. Discounts there are unlikely to be stunning, but some things can be purchased at fairly low prices.

The largest outlet in the country is Megamyynti Areena, located 80 km northeast of the city, in the town of Orimattila. The main assortment consists of local Finnish brands such as Arabia, Iittala, Fiskars, Hackman, Lumene, Finnwear, Finlayson, Vogue and others.

< li> What does infinite happiness look like in Finnish?

If you spent more than 40-42 EUR on shopping, then from 10 to 18% of this amount can be returned (the higher the purchase amount, the higher percent).

Tax-free checks are issued only in those stores where there is an inscription Tax Free Shopping, at the checkout or at a special counter. With this check, you need to go to a similar counter at the airport and return the money. More information here: shopping in Helsinki.