“Russian dinosaurs, like Irish snakes, are notable only because they don’t exist,” said US paleontologist Othniel Charles Marsh. A respected American scientist, of course, was mistaken: dinosaurs were found in Russia, but now their remains are very difficult to find, while in the United States, China and Canada there are huge desert areas where it is easy to excavate.

In Russia, everything that miraculously survived is hidden deep in the forests or densely covered with fields.

However, our scientists sometimes also win the game “Find me if you can” with the disappeared ancient creatures.

The most ancient locations of dinosaurs

The middle and end of the Jurassic period, 150–170 million years ago, is the very time when the first dinosaurs appeared in Russia. Their locations were recorded in the area of ​​the Sands quarry in the Moscow region, in the valley of the Kulinda river in Transbaikalia and in the Berezovsky section of the Krasnoyarsk Territory. The finds in the Kulinda area are considered unique: they were used to describe a new dinosaur species, the culindadromeus. This is a small (1.5 m long) ornithischian animal with a feather cover.

Numerous remains of stegosaurs, as well as carnivorous dinosaurs, called kilesk, were found in the Berezovsky section. This species belongs to the early tyrannosauroids, the same evolutionary branch that, 100 million years later, led to the emergence of the Tyrannosaurus Rex, famous for the Hollywood pentalogy.

120-130 million years ago, in the early Cretaceous period, ancient Russian lizards bred and multiplied with might and main in Western Siberia, Yakutia, Transbaikalia and the Krasnoyarsk Territory. Their most famous locality is Shestakovo-3 in the Kemerovo region, where during the construction of the road, entire skeletons of primitive horned dinosaurs called Siberian Psittacosaurus were discovered. These are ancient hornless relatives of Triceratops.

In Transbaikalia, scientists have found tengrisaurs up to 12 m high. As for the Krasnoyarsk Territory, the remains of stegosaurus were found there twice – in layers separated by 40 million years. This suggests that almost unchanged conditions remained in that area all this time, which ensured the survival of part of the fauna of the Jurassic period.

It turns out that Russian stability dates back to the Jurassic period.

The climate of the Cretaceous period in Yakutia was somewhat milder than the current one, but there were already tendencies towards periodic cooling to sub-zero temperatures. Nevertheless, domestic dinosaurs did not go south – which means that they felt good in the harsh conditions of their historical homeland.

The end of the dinosaur era occurred 67–75 million years ago. The main sites of that period are in Chukotka, where bones of large duck-billed dinosaurs, as well as armored lizards, were found.

In the Amur Region, the areas of Blagoveshchensk and Kundur are of interest, where scientists discovered the skeleton of a Russian dinosaur, named the Amur Manchurosaurus. Well-preserved skeletons of duck-billed herbivorous dinosaurs up to 12 m long were also found in the Late Cretaceous in the Far East. tonkosti.ru/sized/f550x700/40/bz/40bzjcildfggsg4w04ok0ggo8.jpg” media=”(max-width: 549px)”> 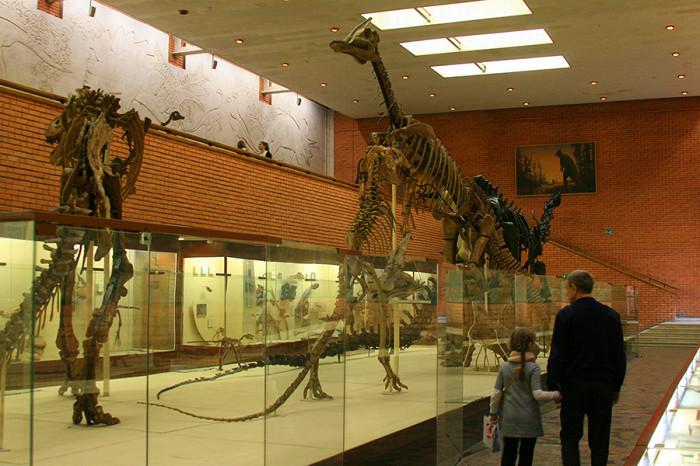 You can immerse yourself in the topic of Russian prehistoric lizards in more detail in thematic museums, of which there are many. Here is a list of the largest and most famous: