Can Grande Peak or “Great Dog Peak” is a needle-shaped peak of volcanic rock in the island nation in the south of the island Sao Tome in the Obo National Park in the Gulf of Guinea near African coast. .jpg” alt=”Can Grande Peak – acicular volcanic peak off the coast of Africa” ​​/>

Can Grande Peak – acicular volcanic peak off the coast of Africa

The volcanic peak rises 663 meters above sea level and is often hidden in the clouds. 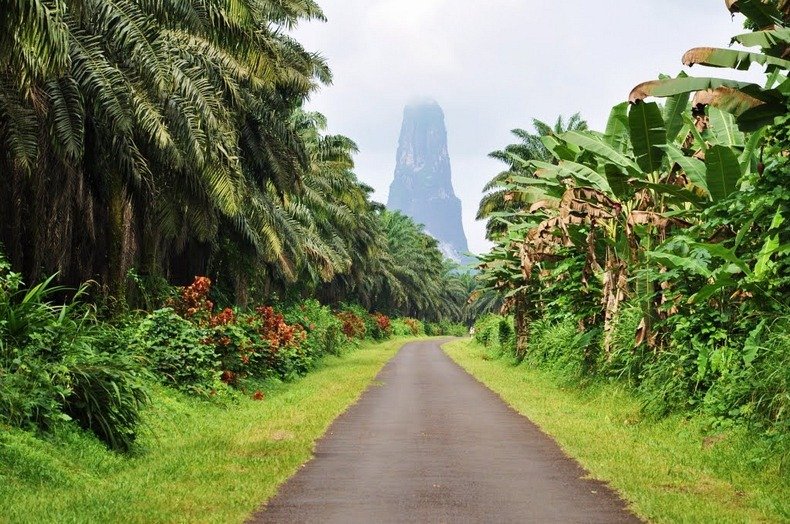 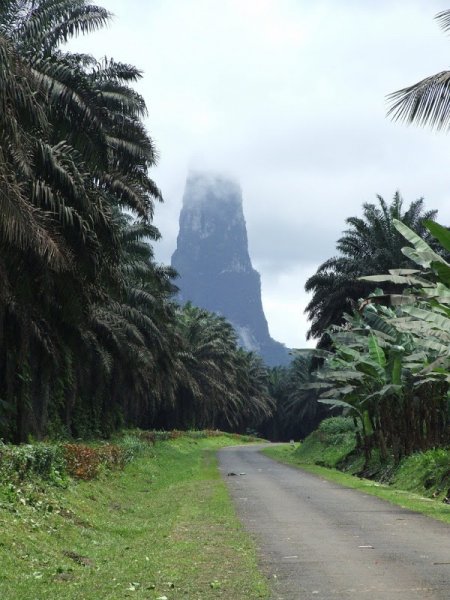 Can Grande Peak – a needle-shaped volcanic peak in Africa

It is difficult to climb the Can Grande peak due to thick fog, as well as slippery mosses growing on the surface. Despite this, many daredevils try to conquer this peak every year. 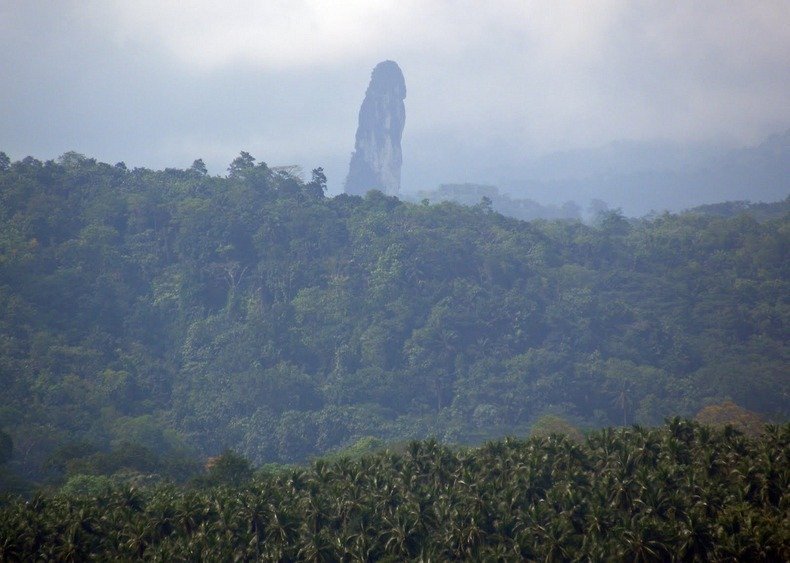 Can Grande Peak –  volcanic peak off the coast of Africa

The needle-shaped volcanic peak of Can Grande

“When it rains, the peak looks like a huge wet glass bottle,” says one of the climbers. In addition to rains, the approach to the rocky tower is also hampered by an impenetrable forest of giant ferns and lianas. Also in these forests there are numerous poisonous snakes and dangerous insects. 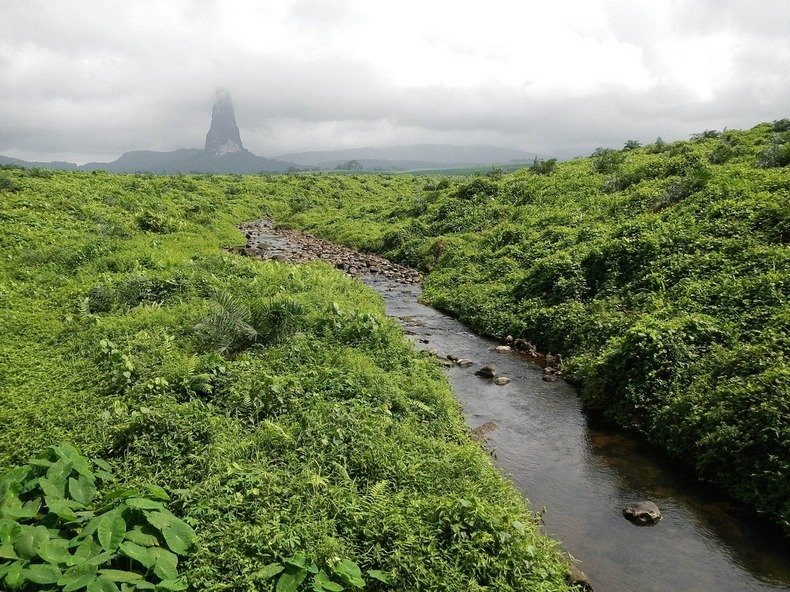 The needle-shaped volcanic peak of Can Grande peak in Africa

Much of the peak of Can Grande was formed by red-hot magma coming out of the mouth of a once active volcano. The huge volcanic mountain range of which Can Grande was a part was completely destroyed after a serious earthquake. 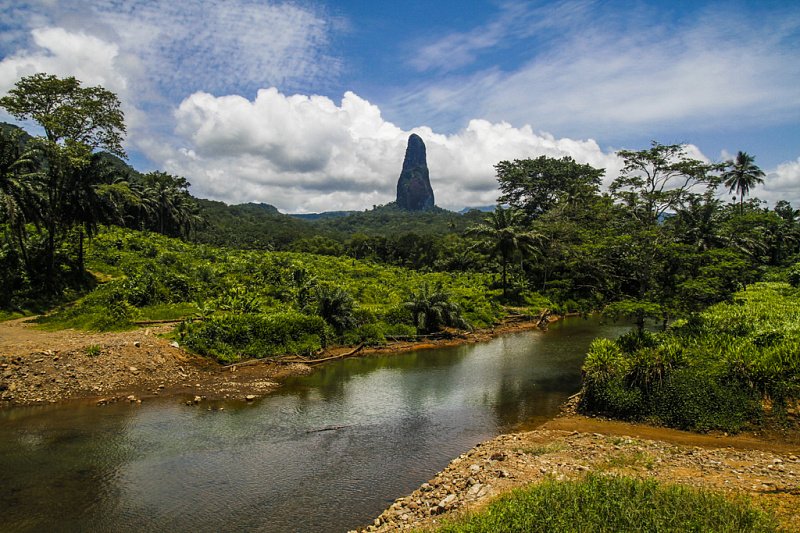 Can Grande Peak in Africa

The very first ascent to the peak was made in 1975. This was done by a small group of Portuguese climbers. 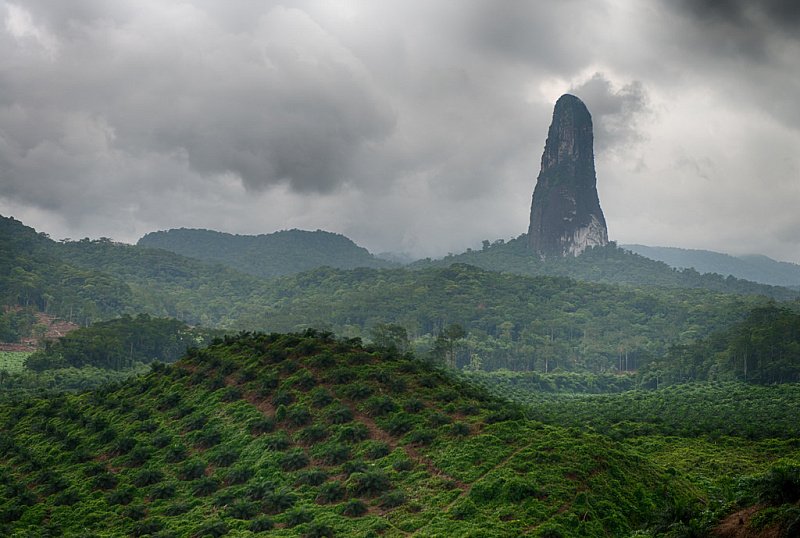 “Peak of a huge dog”

At the peak of Can Grande, there are many species of animals that live only on the island of Sao Tome. Among them are the sea turtle Dermochelys coriacea, the giant San Tome toad, and many other rare species of animals and insects. 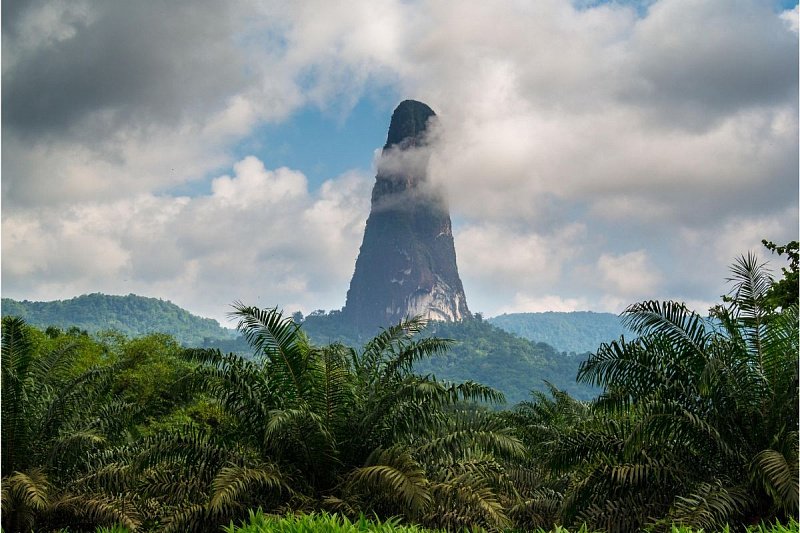 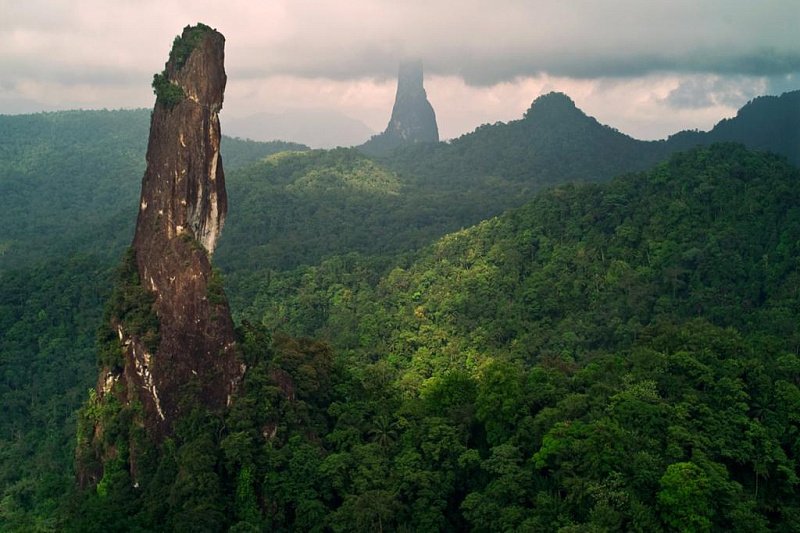