No, I'm not crazy. And I didn't even get stoned. Kurashiki are not little people that live in the grass. This is an ancient city in Japan. Rather, not even a city, but a town. And there, just, bicycles do not always travel on the ground. See for yourself:

Kurashiki and the sky bike

You can ride these bikes in the amusement park “Highland Park”. By the way, in the photo above, I was personally embarrassed by rust on metal structures)). I hope they don't rust at all someday, which could cause an accident. Moreover, they do not ride here alone, but in whole groups: -po-oblakam-8f47ce6.jpg” alt=”Kurashiki and the sky bike: a walk on the clouds” />

As you can see, the sky bike is a two-seat trolley that is powered by pedals, just like a regular bike. Only the torque is transmitted not to the wheels, but to the rollers, which allow the bike to slide along the rails. 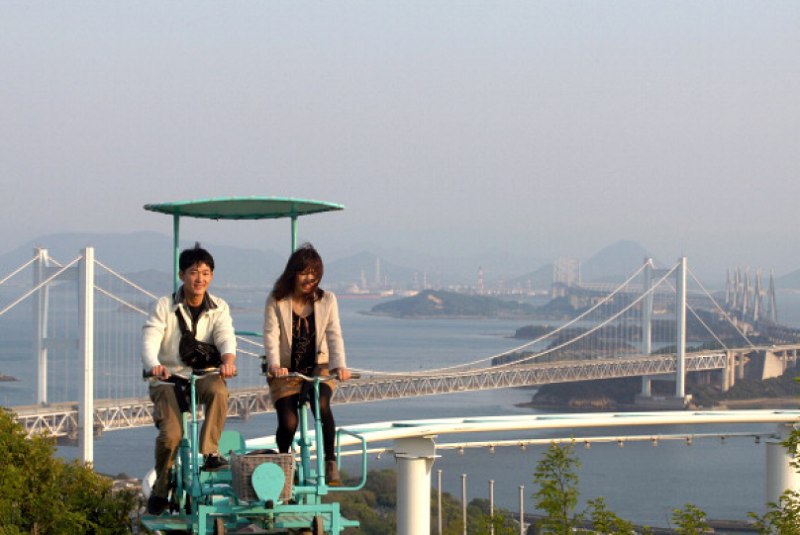 To be honest, I don't know if I could move my legs at such a height or not))). It's scary … But, I see, this does not stop the Japanese. Both young and old ride… 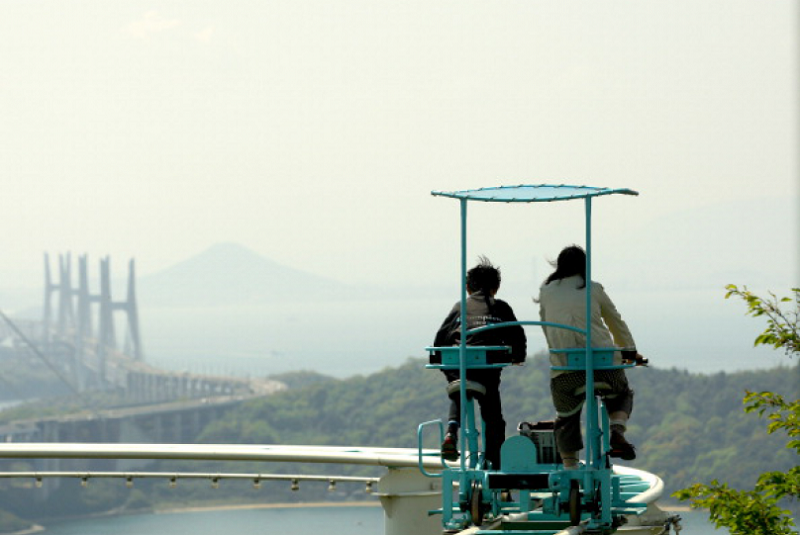 Of course, I would very much like to try it. Moreover, from the top there are beautiful views of the panorama of the island. Yes, and the inland sea of ​​Seto is very well visible from here. oblakam-e86c739.jpg” alt=”Kurashiki and the sky bike: a ride on the clouds” />

The Japanese, it seems to me, tend to combine business with pleasure in many ways. Why not do something like a roller coaster?)) But no. By the way, this park also has a Ferris wheel. This is if you do not dare to pedal)). Oh, and there is also a slide… There it is, on the left… 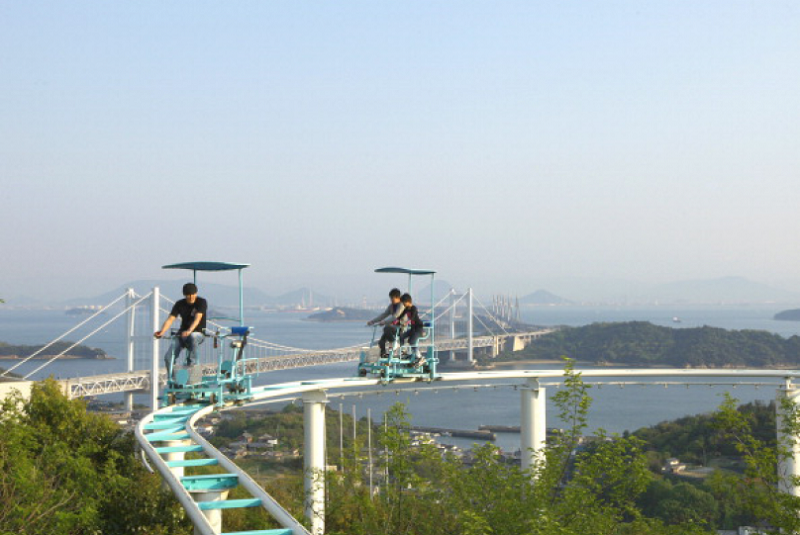 The design of sky bikes is very simple. 2 seats: pedals, saddles and handlebars. And a basket for things. I forgot something… Oh, yes! Seat belts! Of course, you can’t ride such bikes without them)). 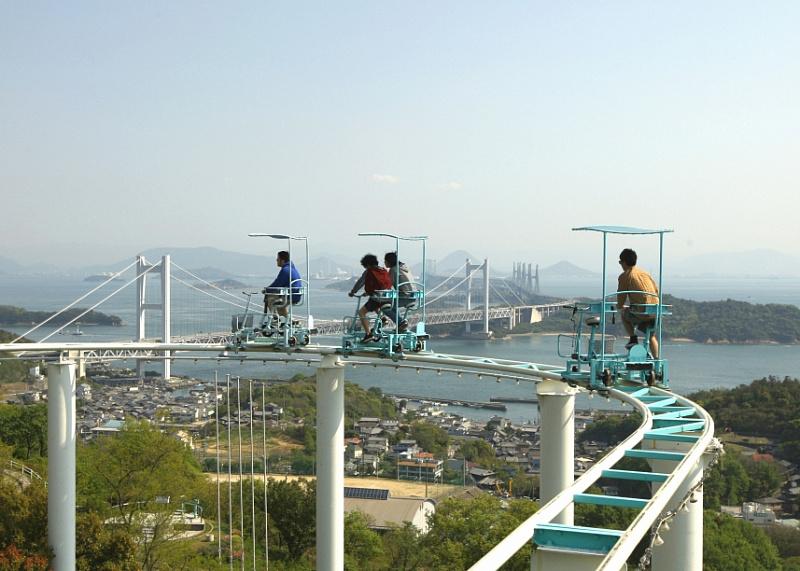 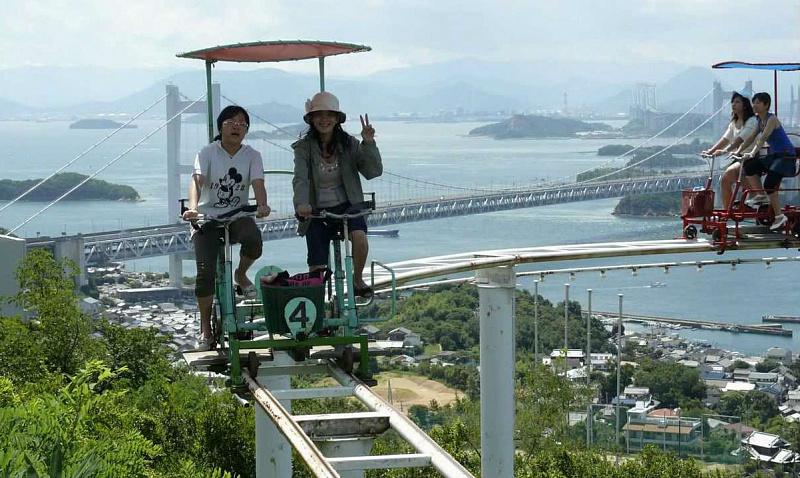 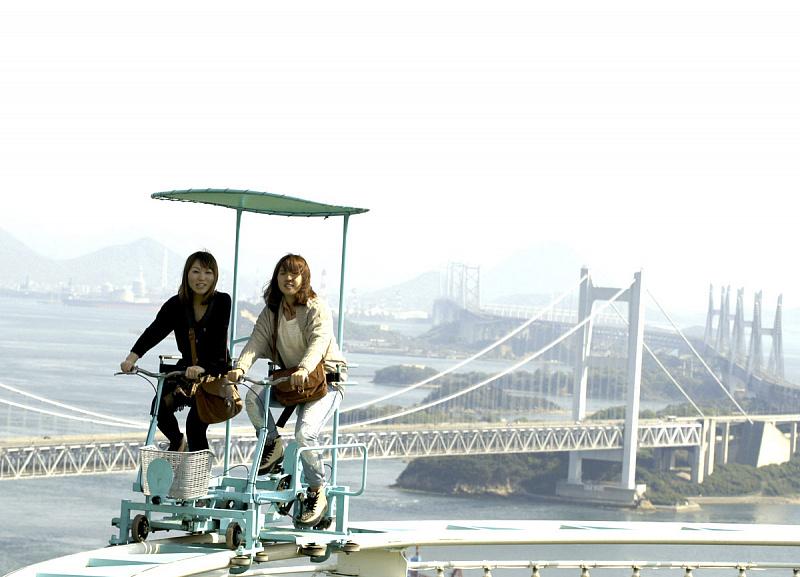 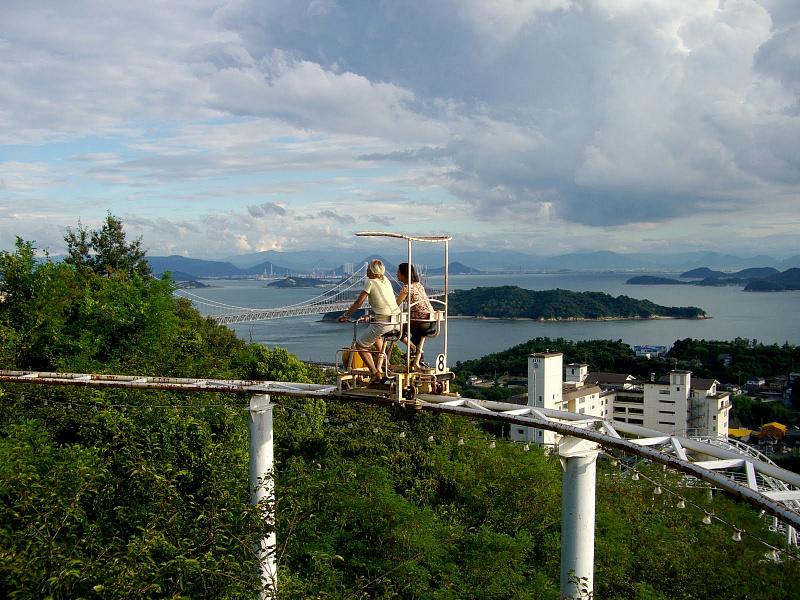 Tell me honestly, would you dare to take a bike ride in the air?=)