As we all know from childhood, there are “many, many wild monkeys” in Brazil. Here they love football, shoot heartbreaking soap operas and dance lambada. For northern peoples, life in this country seems like an endless carnival. And how is it really? Says Vladislav Sevryukov, who moved from rainy St. Petersburg to hot Brazil.

I am an economist by profession, I worked in state-financed institutions in senior positions for a long time. The more I worked, the better I understood that this lifestyle does not suit me: the schedule is 5/2, everything is strictly on schedule, for being late even for one minute you get a fine in the form of deprivation of the bonus, etc. And my wife Olesya and I began to think about moving to a place where it is warm, but at the same time they wanted to maintain a stable income. We signed up for courses on mastering new skills and, while we were studying, received great news – we will soon become parents! This motivated us even more.

We began to choose which country to go to, not only to live and work under a palm tree, but also so that the child would receive its citizenship during childbirth.

The choice was delayed: at first they considered Europe, but it is very expensive, then the United States, but while they were thinking, the President of America issued an order to limit “birth tourism” in the States. And we even resigned ourselves to staying in St. Petersburg…

But somehow an old friend called me, and we had the following dialogue:

I quickly sold the car, we rented an apartment, packed our things, took two suitcases with us and flew to Brazil! Olesya was then in her seventh month of pregnancy, but nothing could stop us. That's how we ended up in Brazil.

The local currency is the Brazilian real, BRL. Like the ruble, it depends on the dollar. The rate is about one to five – of course, not in favor of the real. He jumps, but not as noticeable as in the Russian Federation. Now some kind of war, then the forest will begin to be cut down – it reacts to everything. In general, like ours. But if in Russia everyone follows the dollar and the euro, then in Brazil they follow the dollar and the peso. You can pay with dollars or just exchange them in a supermarket: the exchange rate is indicated there, and there are no such queues as in the exchanger.

A fact that struck me: cars in Brazil are filled with alcohol!

Brazil is a third world country. There are many minerals here, but for some reason they are not yet mined. Salaries are small, about 700-1000 BRL per month (salespeople, services, etc.) Our programmer friends earn about 5000-7000 BRL, but they also have to pay much higher taxes. Brazil already has a tax on wealth, which is now being implemented in Russia.

The cost of rent depends on who and how to rent. If through popular services – one price, through “assistants” – another. But the cheapest way is through local sites like our Avito. It is also important what kind of apartment you are renting. In Brazil, it is popular to rent empty housing and bring your own things. Very beneficial if you are staying for a long time. The prices for such housing are low, but you will additionally have to spend at least a bed with a mattress. And each landlord will ask you to pay for electricity by the meter.

Electricity is quite expensive here: appliances and hot water depend on it (there is only cold water in the sinks, and a special watering can is attached to the shower to heat running water). There is no heating in the houses, and in winter it is cool at night (+10…+12 °C) and you have to use heaters, which also actively consume electricity. In summer, on the contrary, it is hot and the air conditioner often works. On average, another 200-400 BRL for electricity is added to the rent.

Brazilians are very lazy. The tropical climate and constant heat probably have an effect.

Wi-Fi is available almost everywhere, it is not very expensive. True, in order to connect the Internet, sometimes you have to go through a real quest: Brazilians are quite lazy. A few weeks after receiving the application, the master arrives, who does not seem to know that the distribution box is high up. He does not have a ladder with him, he goes for it and comes back only after a couple of weeks.

Here it is not unlimited, as in Russia, but at a price about the same. On average, you have to pay 10 BRL per week, but all services are limited: for example, for this amount you get 1 GB of Internet. And there are no unlimited messengers.

Surprisingly, SIM cards are sold mainly in pharmacies, the balance can be replenished there. They are only allowed to be purchased with a CPF (Personal Identification Number). After purchase, the SIM card must be activated by reusing the CPF. This is how operators fight phone scammers. daaf16rb77s44s0400kc4k8kk.jpg” media=”(max-width: 549px)”> 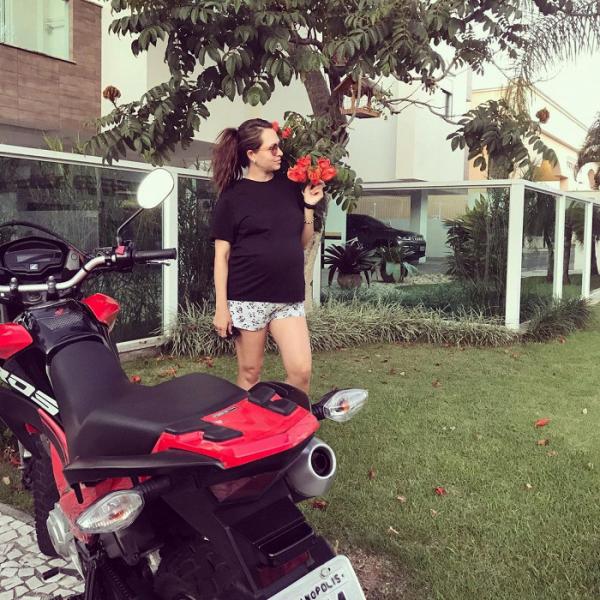 In Brazil, public transport is developed, let's say, in moderation. Mostly there are buses and trains, and in large cities such as Rio, there is also a subway. Buses are the most convenient form of transport: you can get anywhere! If you travel far and there is no direct route, do not worry: all buses run between the terminals, and when you reach one of them, you can transfer to another bus and continue on your way. A ticket is bought one for the entire route, there is no need to pay extra when transferring.

Many people have cars, their prices are about the same as in Russia. An interesting fact that struck me: cars in Brazil are filled with alcohol! At any station, ethanol is sold for refueling, it is slightly cheaper than gasoline. For a liter of gasoline they ask for 3 BRL, and for a liter of ethanol – 2.60 BRL. Brazilians like to fill their cars with alcohol: the car drives better, and it’s much more useful for the engine, because nothing gets clogged. It also helps to keep the air clean: the exhaust from ethanol is practically not harmful to the environment.

Brazilians are very lazy. Probably, the tropical climate and constant heat affect. It is often very difficult to get something out of them. And they don't like to say no. If you were promised something, but you can’t fulfill it, Brazilians will play for time by not answering calls, avoiding meetings and even stopping communication completely – just so as not to refuse. I don’t know what this feature is connected with, but I experienced it myself.

Adaptation was easy: I got used to the heat when I lived in Thailand. People here are kind, smiling, helpful. It's comforting. The Russians are treated very well. But maybe I've come across Brazilians with this attitude.

Of the pluses – the ocean, climate, products (70% of all beef is imported to Russia from Argentina and Brazil). Products are natural and very tasty, fruits and vegetables are fresh all year round.

Medicine in Brazil is high quality and free. For example, we did not pay for the birth of a baby at all.

There are also disadvantages. Brazilians are very slow, but I wrote about this above. The disadvantages include a high crime rate. Some places are dirty. There are many poor and drug addicts in megacities who are homeless, sleep on the streets, and pester passers-by. There are many motorcycles that make a lot of noise.