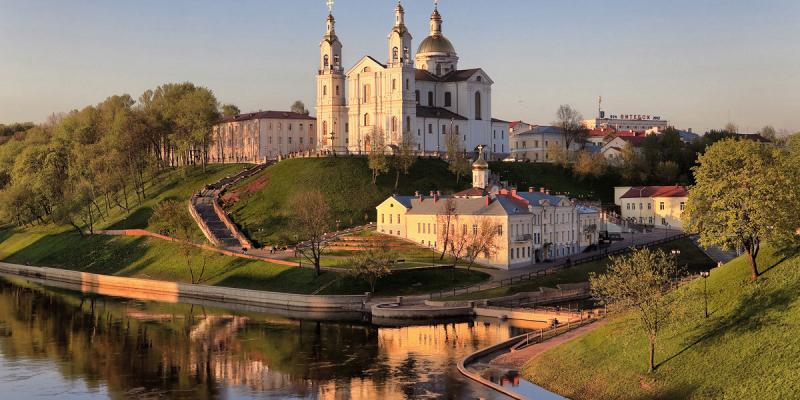 In Belarus there is no sea and mountains, there is no exotic or some particularly outlandish architecture. Nevertheless, this country occupies an honorable place in the tourist ratings of Russians for several reasons. Firstly, no difficulties with entry and even a passport is not needed. Secondly, it is already almost Europe with the corresponding attributes: castles, churches, fortresses and medieval ruins. Well, the last argument is magnificent natural landscapes, from which you just can’t take your eyes off.

In Belarus there is something to do all year round. Of course, the high season is traditionally considered late spring, summer and early autumn, when the sun often appears in the sky. It was during this period that large flows of tourists rush into the country, sanatoriums and recreation centers are loaded to the maximum, prices in hotels literally soar. In March, April and October, when the weather is changeable, it is better to go on excursions to memorial complexes and museums; ski resorts (for example, Silichi) and all-season sanatoriums are popular in winter.

There are many places worthy of attention in Belarus, each region can boast of something like that. But there is a mandatory minimum that no tourist can pass by. You should start with the classics of the genre (where without it!) – Nesvizh and Mir castles. The first one is an ideal example of European Baroque in its northern version, the second one was built in the unique Belarusian Gothic style. Both are included in the UNESCO World Heritage List and are considered architectural gems of the country.

Of course, all roads lead to Minsk, the starting point of most routes.

It is worth stopping here for at least a few days to see the sights. It is most convenient to start from the Upper Town, which is called the main tourist center. Baroque temples, classical mansions and monuments of the 16th-19th centuries have been preserved there. From there you can walk to the Trinity Suburb – a reconstructed historical area built up with pretty stone manors with a tiled roof. Interesting museums and cozy cafes lurk behind the walls of the houses. And, finally, the Red Church on Sovetskaya Street: strict northern Gothic, rough neo-Romanesque style and ornate constructivism are mixed in its appearance.

And in Minsk, all the ambitions of the architects of the Soviet era seemed to come true. They realized their desire for megalomania when designing Independence, Pobeda and Station Squares. What are the monumental towers of the Gates of Minsk and the huge Government House. 40 km from Minsk is the museum park “Dudutki”, dedicated to traditional crafts and provincial life.

The Brest Fortress is one of the largest monuments on the territory of Belarus, dedicated to the history of the Great Patriotic War. The Khatyn complex was erected in memory of all the victims of the genocide who suffered in those terrible years. These places make a very strong impression on visitors, no one will leave indifferent.

To fully enjoy the beauty of landscapes, and at the same time to fully relax and recharge your batteries in sanatoriums, boarding houses and camp sites of the Braslav Lakes National Park and the Sorochansky Lakes Reserve. They do everything their heart desires there: they walk, fish, ride bicycles and sunbathe on equipped beaches in the warm season.

The best “beach resorts” are the Minsk Sea (Zaslavsky reservoir) and Lake. Naroch, located on the territory of the Naroch National Park. By the way, this reserve is the most famous health center in the country. In the famous Belovezhskaya Pushcha, travelers are waiting for the legendary bisons that allow themselves to be fed by hand, and 600-year-old oaks – the same age as the Grand Duke of Lithuania Jagiello.

In summer, there is expanse for active tourists: kayaking along the Neman, cycling trips along the picturesque plains of the Poozerye, horseback riding deep into the forests of the Berezinsky Reserve. Not far from Minsk are the ski centers “Logoisk” and “Silichi” with slopes for beginners and professionals, as well as with numerous winter entertainments for the whole family. The land of lakes

< h2>Where to go with children

Most family tourists go to Minsk, which is full of interesting places for children of all ages. The most popular are Lebyazhy and Freestyle water parks, as well as a zoo with a dolphinarium, where colorful shows with the participation of fur seals and dolphins are constantly held. The dino park located nearby is a real jungle in which giant prehistoric lizards lurk. You can visit the city planetarium with schoolchildren to see spherical films about the structure of the Universe. But the kids will be happy to watch funny performances in the circus. In winter, you should plan a trip to one of the residences of Santa Claus. The main one is located in Belovezhskaya Pushcha. This is a whole estate with fabulous houses, where guests are greeted by magical characters. And an incredible Christmas tree several tens of meters high will delight even skeptical parents who have long ceased to believe in miracles.

Older children will enjoy spending time in the Sula History Park, located just 50 km from the capital. This is an interactive museum, the so-called “Belarus in miniature”. Another entertaining attraction is the children's railway named after. K. S. Zaslonova in Minsk.