Thailand is one of the most beloved destinations for tourists for a beach holiday, but only experienced travelers know that this is a place of confluence of culture, history, wildlife and a “place of spiritual power”. YouTravel.me, an author's travel booking service, has compiled a guide to the most unexplored and unusual places in Thailand from experienced organizers of author's tours for the “Subtleties of Tourism”.

Thailand is not only the beaches of Pattaya and Phuket, but also the mango forests and Avatar Mountains located in the province of Krabi, the fruit paradise of the town of Rayong, the treasures of Chiang Mai temples and other unexplored places in different parts of the kingdom.

Krabi is a province on the southwest coast of Thailand, known to experienced travelers for its mango forests, sheer limestone cliffs and Railay Beach, which is one of the top 10 beaches in the world.

This beach is famous for its azure water and the fact that, due to its obscurity, you can feel like a real Neanderthal there, feel a complete merger with wildlife. Also in the province of Krabi are the Avatar Mountains, which in their beauty resemble the magical forests from the film of the same name. Artem, has been living in Thailand for 7 years and conducts author's tours to hidden places

Here you can also see temples, caves where monkeys live, hot springs and emerald lakes. In one of the temples, special meditations are held; during sunset, a beautiful panorama of the mountains opens up. Local yogis consider this time to be the most suitable for metta meditation (“loving kindness”), which helps to establish contact with your feelings and achieve complete inner harmony. According to locals, this place is one of the most beautiful and unexplored in Thailand.

Mae Hong Son is the capital of the northernmost and sparsely populated province of the kingdom. The town is not very popular among tourists, but in the understanding of the indigenous people, this is the historical center of northern Thailand. Here you can still stumble upon the Karelians, who are very different from the southern Thais and are one of the rarest peoples in the world. They wear rings around their necks, they have very unusual rituals and rituals. Also in the city is the most winding serpentine road in the world, consisting of 1864 turns. The deepest cave of Southeast Asia is located on this road, and along the way you can see many waterfalls and, of course, the famous rice fields, striking in their complex structure and beauty.

Chiang Mai is another northern treasure trove. Here, in a relatively small area, there are over 300 Buddhist temples, so every traveler who comes here feels a calm and relaxed atmosphere. In one of the temples, you can see a monk sitting in a glass box in a state of Samadhi. In the spring of 1949, he was struck by an incurable disease, and, according to one version, the soul of a monk left his body in meditation, leaving him imperishable, which showed the limitlessness of human capabilities.

Chiang Mai is especially attractive during religious holidays, when all the temples are decorated with bright colors and fabrics, and their courtyards are filled with traditional street food stalls. Since vegetables are grown in this town, portions of salads, according to travel expert Yulia, are perhaps the largest in Thailand.

Chiang Mai is also considered one of the most popular places for freelancers and remote workers to work and live. It is full of cozy co-working spaces, low cost of living and a large number of interesting people from all over the world. The best stop for productive work! .jpg” media=”(max-width: 549px)”> 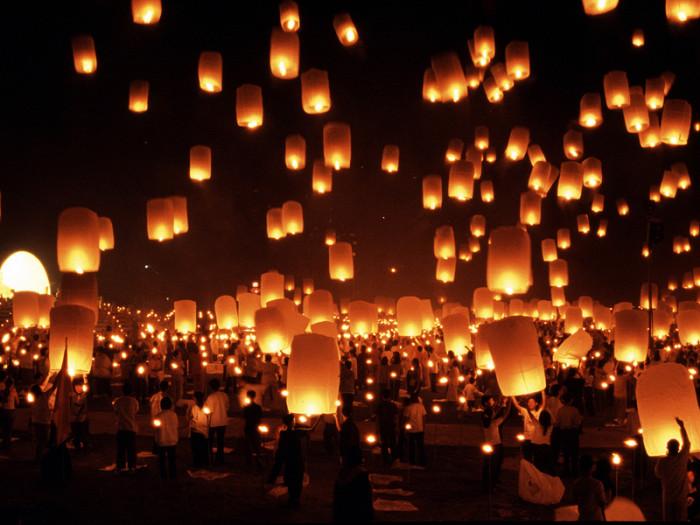 Rayong is a fruit paradise located in the eastern part of Thailand, 220 km from Bangkok and 65 km from Pattaya. Rayong is a 100-kilometer coastline with so many small secluded beaches that every traveler can definitely find a secluded and peaceful corner away from the noise. The resort is attractive not only for its beaches, but also for the fact that it has the status of the fruit capital of Thailand.

“The season here starts in May and lasts until the end of July. At this time, the provinces hold the brightest festivals dedicated to various local fruits: for example, durian or rambutan. The organizer of author's tours Julia

Sukhothai is a province of Thailand located in the central part of the country, it is important in terms of history and culture. The city was built in the 8th century and has survived to this day in all its glory and majesty. It was the cultural and political heritage of Sukhothai that became the basis of modern Thailand.

It will be interesting here even for those who are not very fond of the history and culture of ancient civilizations, since the numerous ruins and temples of the city are part of the UNESCO heritage. The main attraction of the city is the 11-meter figure of the Buddha, whose hands are covered with thousands of thin gold plates, which are donated by the pilgrims of Wat Sichum Temple.