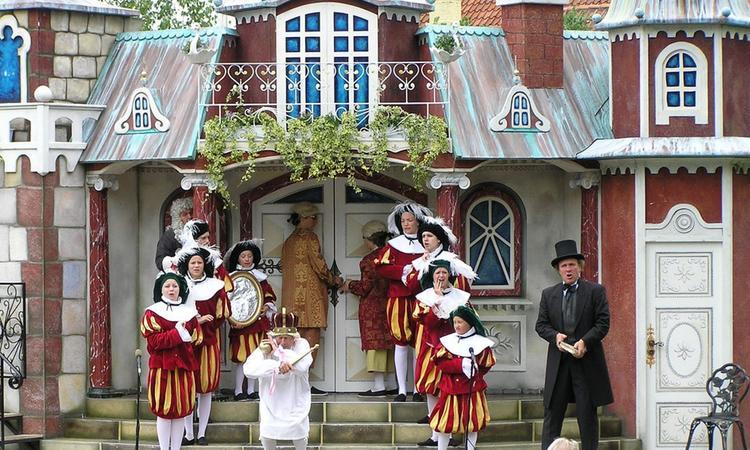 After seven years of reconstruction and partial renewal work last summer, the revamped Andersen Museum fully opened last week in the author's hometown of Odense. This is one of the largest museums in Denmark with an area of ​​18,000 square feet, which houses underground halls, a children's cultural center and a labyrinth garden.

Japanese architect Kengo Kuma — the author of the project of the new Olympic Stadium in Tokyo — took the fairy tale “Flint” as the basis for the design. The museum at first seems small and modest, but step by step it turns into a huge complex. Visitors enter through the tiny yellow cottage where Andersen was born in 1805 and travel through the streets of Odense's medieval Old Town to an underground museum filled with exhibition space, animation and music.

“The idea behind the architectural design , was reminiscent of the Andersen method, when a small world suddenly expands into a large universe, », — explains Kengo Kuma.

Hans Christian Andersen died in 1875 and is known for his timeless tales such as The Ugly Duckling, The Nightingale, The Princess and the Pea, Thumbelina and “The Little Match Girl”, “The Little Mermaid”.

The new museum is aimed not only at children, but also at visitors of all ages. The museum exhibits award-winning artwork from local and international artists.

The main building houses a café and visitor facilities, with exhibition spaces located underground. There is also a children's cultural center and a labyrinth garden.

Adult tickets cost 165 DKK, or approximately 22 Euros, and children are free to enter. The ticket gives you the right to visit the Andersens House, the Writer's Childhood House and Mentergården — city ​​historical museum.

The Hans Christian Andersens Museum is closed on Mondays.

Odense is the third largest city in Denmark. It is located on Fin Island and can be reached from Copenhagen in about two hours via the Storebeltsbruern suspension bridge.