Cyprus is an ideal destination for a family holiday. There is a pleasant climate, a lot of sun, beautiful sandy beaches with a gentle bottom and clear sea, well-developed infrastructure. Unhurried, relaxed Cypriots adore children, so relaxing with a child of any age in Cyprus is pleasant and comfortable.

Which city to choose for a holiday with a child

For holidays with young children, it is better to choose the southern and eastern parts of the island, where large resort cities are concentrated: Limassol, Larnaca, Ayia Napa and Protaras. There is a developed infrastructure, a lot of entertainment for children, a large selection of hotels and apartments, clean beaches with a convenient entrance to the sea, many supermarkets and pharmacies where you can buy baby food and hygiene items for babies.

Limassol is considered the most Russian city in Cyprus, Protaras is a quiet family resort, Ayia Napa is a noisy, party “Cypriot Ibiza”, Larnaca is an old and cozy port city with beautiful beaches. 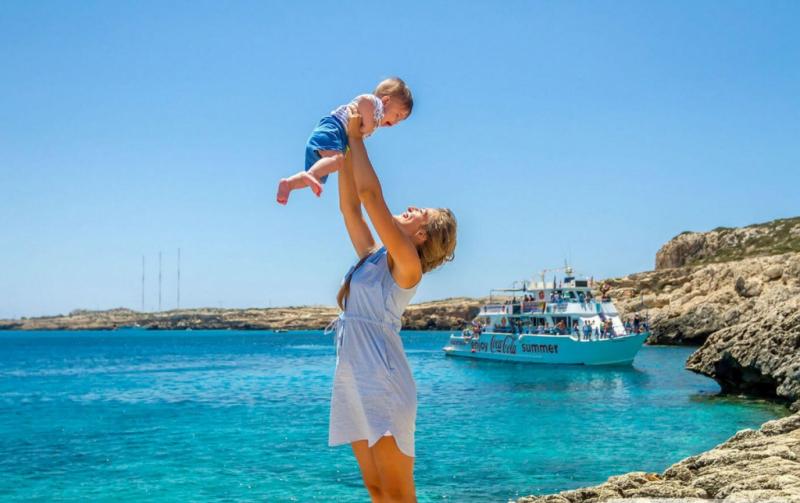 With inquisitive teenagers, you can relax in respectable Paphos. There are few children's entertainments and beaches with a good entry into the sea, but a huge number of ancient sights included in the UNESCO World Heritage List. And this is the only city in Cyprus that is mentioned in the school history course.

The most comfortable time for a holiday with kids is the end of spring and beginning of autumn. In July and August in Cyprus, the heat, the scorching sun and crowds of tourists.

In the foothills of Troodos, half an hour's drive from Limassol, there is a large rope park, created based on the ancient camp of Sparta. In Sparti Park there are air trails of different difficulty levels for children and adults weighing no more than 110 kg, the fastest zipline in Europe (60 km/h), the simplest trails for kids from 2 years old and the opportunity to shoot from a bow with a coach. The peculiarity of the park is the coniferous forest around and stunning views of the mountains.

In the high mountain village of Prodromos, in the vicinity of Limassol, at an altitude of one and a half thousand meters above sea level, the abandoned Berengaria Hotel is located. Built 90 years ago, it was the largest and most luxurious hotel on the island: with a telephone, telegraph, hot and cold water in every room, a disco club and even a tennis court. In the middle of the last century, the hotel was megapopular: the elite from all over the world, including heads of state, rested here.

But after the death of the owner of the hotel, everything went awry: his three sons quarreled over disagreements over the management of the Berengaria, and then they all died under strange circumstances on its territory. The hotel quickly fell into disrepair, lost its license and closed, and the locals began to believe that the spirits of their sons still live in the abandoned walls of the hotel.

Despite the fact that Berengaria is surrounded by a fence and signs about the danger of collapse, hundreds of travelers come here and even conduct individual excursions. Teenagers and young people especially like it here. 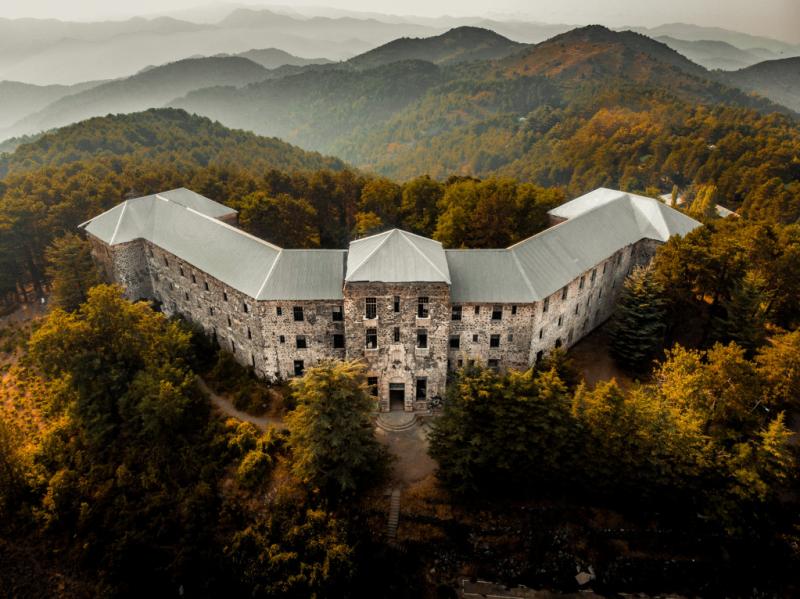 Little fauna lovers will appreciate the Camel Park near Larnaca. Here you can ride not only camels, but also ponies and donkeys. And also watch ostriches, deer, llamas, alpacas, lemurs and other exotic animals. You can spend the whole day in the park: there is a small pool with sun loungers, a playground, a cafe and a restaurant, a reservoir with turtles and a poultry yard with peacocks. A ticket for an adult costs 6 euros, for a child – 4 euros. Donkey and camel rides are paid separately.

There are 3 large water parks on the island: in Ayia Napa, Limassol and Paphos. The oldest and titled (more than 20 international awards) is WaterWorld in Ayia Napa. It is dedicated to ancient Greek myths: around – columns, white and blue colors, statues. & nbsp;

Fasouri Watermania near Limassol is newer, made in the Polynesian style. There are a huge number of rides, some slides – 30 pieces. Aphrodite in Paphos is smaller than the previous ones, but there are unusual slides, for example, a family one, from which you can go down with a company on mattresses.

All water parks are open from April to October, ticket prices for an adult start from 30 euros, for children from 3 years old – from 20 euros.

All Cypriot water parks are open-air, so it is better to plan a visit to them in the second half of the holiday, when the skin is already a little tanned. But protective clothing still does not hurt: the sun in July and August in Cyprus is very active. 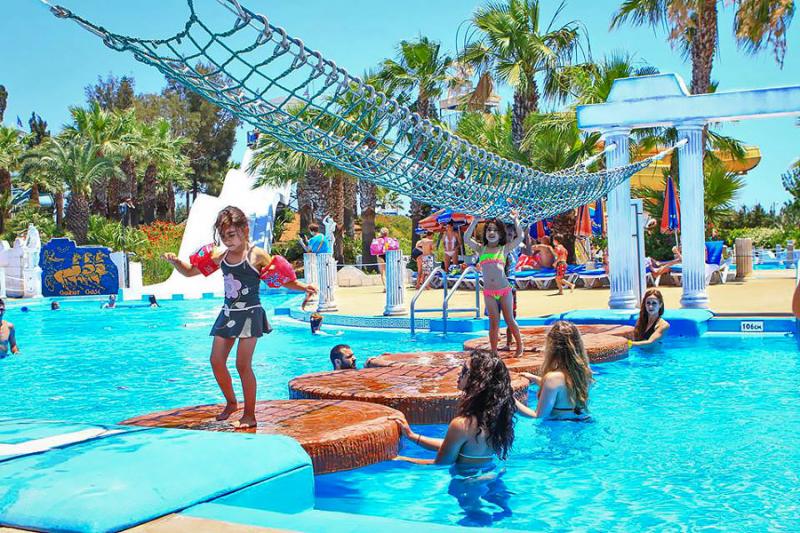 • Show of singing fountains in Protaras

Even if you have already seen singing fountains a hundred times in other places, go to the show in Protaras. The Cypriots made this a real performance, more like a theater: the audience is sitting at the tables, the waiters are serving drinks and snacks, and at that time a laser show about the history of the island is unfolding on the stage and a volcano erupts with fiery lava. Very spectacular. It is better to arrive early to take a comfortable seat.

A place of attraction for children of all ages vacationing in the area of ​​Ayia Napa and Protaras, and the largest amusement park in Cyprus. Everything is standard here: rides for different ages, roller coasters, a fear room, a Ferris wheel, electric cars, trampolines, a shooting range, etc. Teenagers and adults with a strong vestibular apparatus will appreciate the Sling Shot, a capsule in which you can take off into the sky at a speed of 100 km/h The amusement park is open daily from 17:00 to 23:00. 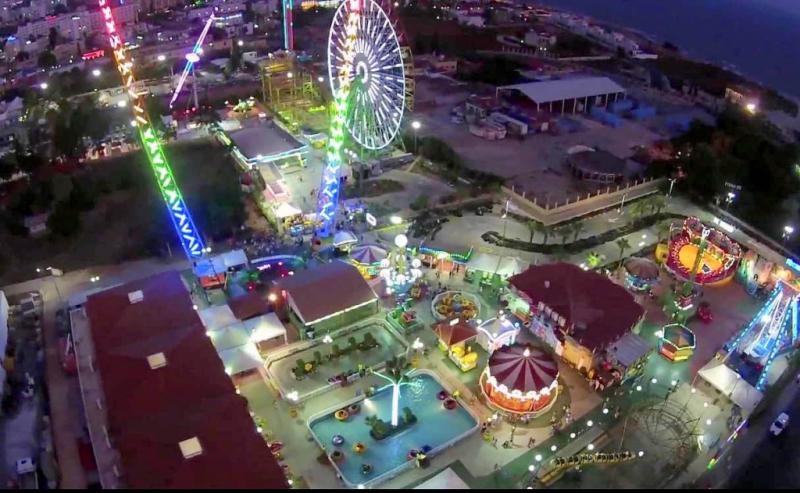 The only oceanarium in Cyprus is quite small, but Mediterranean fauna is well represented here. The kids love the huge alligator pike, the penguin house and the crocodile area. Take a guidebook in Russian at the box office: all signs in the oceanarium are in English and Greek. 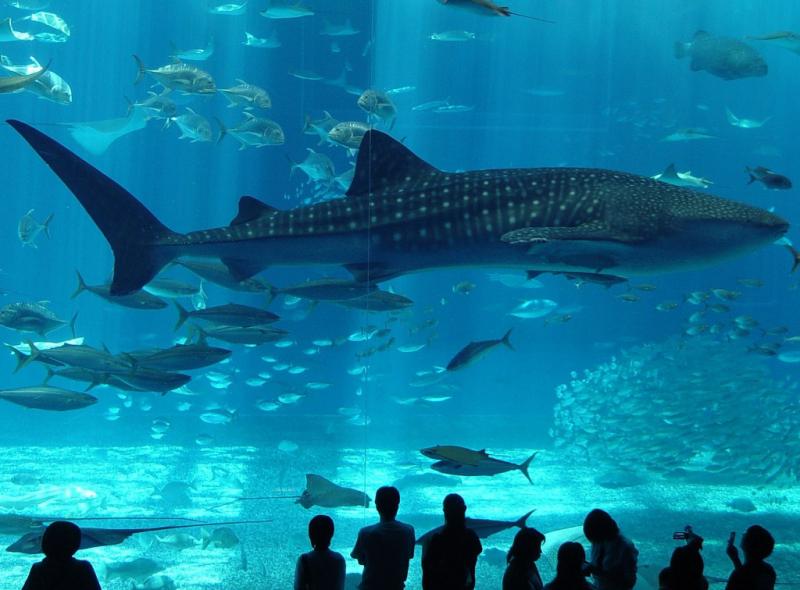 The best beaches for children

All the beaches of Limassol are suitable for families with children: everywhere is clean and comfortable, although not very picturesque. The highlights are Curium Beach with large decorative pebbles and the archaeological park of Kourion nearby and Dasoudi Beach with pine and eucalyptus trees along the coastline and a children's playground next to the beach restaurant.

In the suburbs of Larnaca, next to the British military base of Dhekelia, there is a well-equipped Cessac Beach. Even at the peak of the season it is not too crowded. Resting mostly themselves Cypriots and the British. The beach has everything you need for a comfortable stay, including a playground. Fine sand and a gentle entrance to the water will be especially appreciated by mothers of babies.  There are no active beach activities, so schoolchildren can be bored.

Finikoudes Beach is the most famous and most visited beach in Larnaca. It's noisy, fun and full of entertainment. When they built the local embankment and planted date palms, they took the Promenade des Anglais in Nice as a model. Really looks like it.

The visiting card of the resort is the famous Nissi Beach with azure water and white sand. The most party beach of the island: in the afternoon there are contests, foam parties and discos. The sea is shallow, the entrance is gentle. The kids will be comfortable, but in the evening it is noisy due to the vigorously having fun with the youth.

Lovers of a relaxing beach holiday will prefer Agia Thekla Beach on the outskirts of the city. It is cozy and not crowded, shallow depth and clear water with many fish. 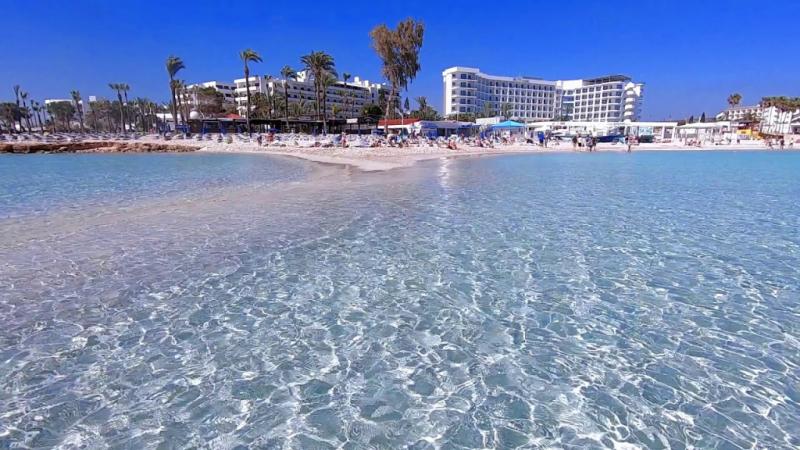 All the beaches of Protaras are great for families with children, but branded – this is Fig Tree Bay, considered one of the best beaches in Cyprus and an example of organizing a comfortable stay, and Green Bay with the clearest water and a unique underwater sculpture park, which divers love very much.

Recall that Cyprus is open to Russians and even canceled PCR tests for travelers vaccinated by Sputnik. If you are going to the island, we advise you to take a closer look at the author's tours to Cyprus.