This is my second story about car rental abroad – the first was about renting a car in Portugal.

In 2021, I spent a total of Turkey is almost three months old: one and a half – in Istanbul, two weeks – in different places of the Black Sea coast, a month – in Antalya. During this time, I had to rent a car three times: for 2 days in Istanbul, for 12 days for a trip from Istanbul to Trabzon, for 1 day in Antalya. Actually, now I have experience.

Below I will try to tell you in detail about my experience, I hope it will be useful. If you are too lazy to read my story, go to the very bottom in the block “Useful information, tips and life hacks for car rental in Turkey”, everything is short and to the point. ))

There are three main types of car rental companies in Turkey:

International car rentals have the highest prices, they are technologically advanced and constantly update their car fleet. They have offices in many cities of the country, which is very convenient if you need to take a car, for example, in Istanbul, and return it in Antalya.

Large local companies have their own nuances. Avec, Garenta and Cizgi offer fresher cars with lower prices than international ones, and Windy Car Rental has many high mileage cars.

For small local distributors, everything depends on the company, but most often these are used, not very fresh cars, on the rental of which you can save a lot. This option is popular in tourist areas among those who do not want to walk a lot and far.

In my case, I needed a car in Istanbul, which I planned to return in Trabzon. Accordingly, the choice of distributors was small. In addition, many companies had a very expensive one-way, that is, one-way rental. For example, for Europcar it was almost 3200 Turkish liras (23.5 thousand rubles), while for others it was about 800–1000 liras, so the choice had to be made between Enterprise and Avec.

For a long time I could not decide on a rental car for such a long trip, so I decided to rent a car twice. The first – for the weekend, because I wanted to escape from the stuffy city to the sea and swim. The second time was for a long trip from Istanbul to Trabzon (1200 km). I decided to choose a car in one of the companies, to test everything over the weekend, and if ok, then rent it there again for a long road.

Initially, I wanted a car with a higher clearance, such as an SUV, and that there must be a new one , because the main trip will be long.

As a result, I settled on Enterprise, as they were satisfied with their prices, car park, inexpensive one way, and also the fact that there is an office in the city center, not far from Taksim Square. When I started booking, it turned out that almost no one had cars left before the weekend, and the only available option was at the airport. Since I wanted to rent a car from this company, I had to agree.

I booked a car directly on the site. The next day, July 3, 2021, my friend and I took our bags and went to the airport.

We planned to go straight to the sea from there. But upon arrival at the airport, we were disappointed – an employee of Enterprise said that there was no car and there would not be. That day (Saturday morning) there was a rush, and they, as I assume, simply gave our car to more profitable customers.

It turns out that the fact that people with luggage came to the airport specifically to to pick up a prepaid car, in the office of Enterprise nobody cared at all! No one apologized, no one offered any solution.

As a result, we went to neighboring rental offices – that day no one had a car. I got online, went to the daughter of booking rentalcars.com and found a free car from the local Windy Car Rental, which I hadn’t considered before. There was no choice, so we decided to rent from them. 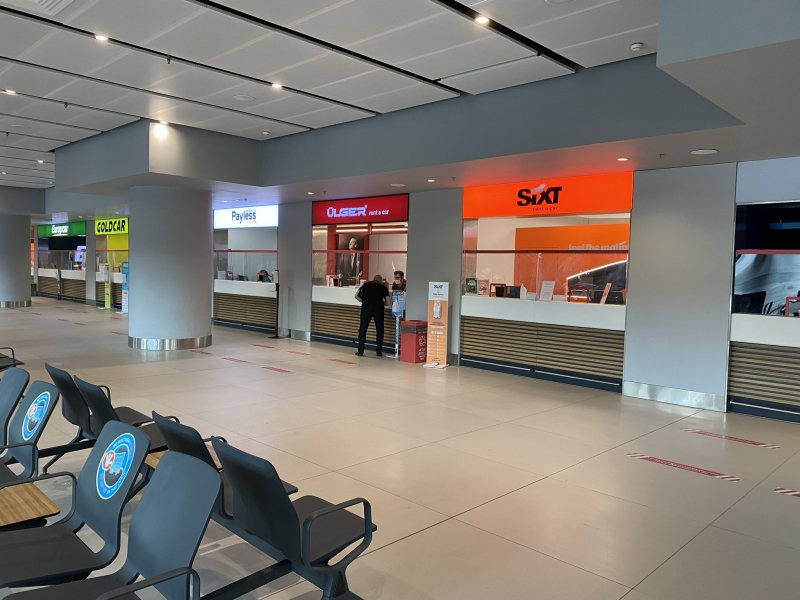 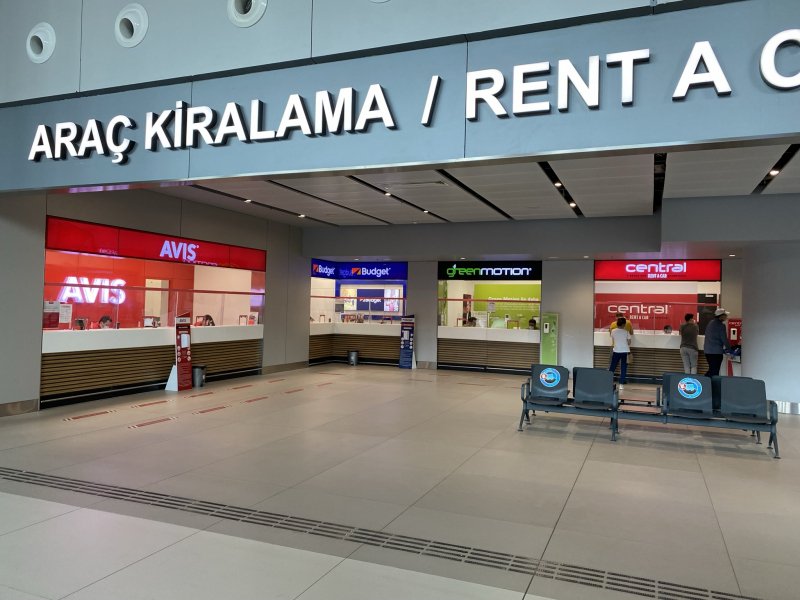 By the way, there is no Windy Car Rental office in the building itself, and you can book a car only via the Internet or in an office located in 10 minutes drive from the airport.

An hour after registration, a representative of the company drove the car directly to the airport, we accepted it, having previously examined and photographed numerous chips. 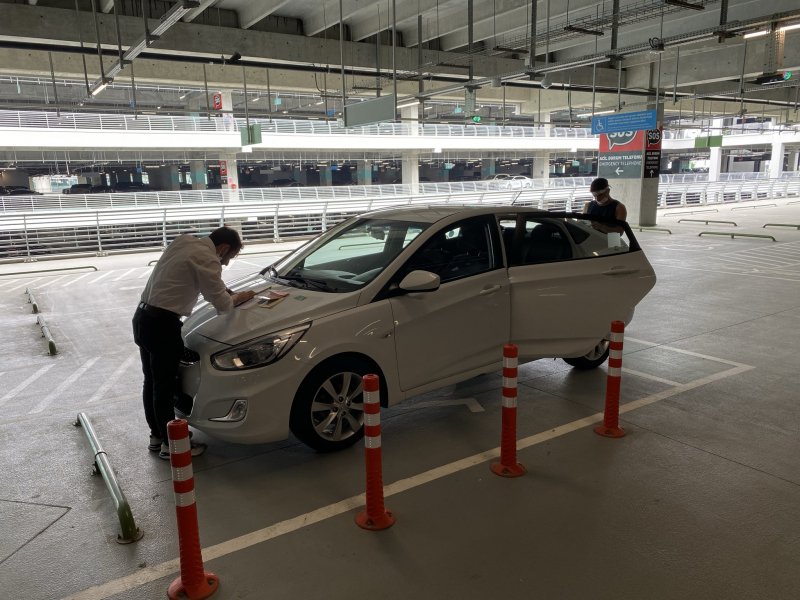 Windy Car rep drove the car straight to the airport

In principle, everything was ok, except for one moment – an employee of the rental company rewrote the details of my bank card (a deposit of 500 lira was taken from it), including a three-digit code on the back. To my question: “Is it possible at all?”, He replied that this is standard practice.

Looking ahead, I’ll say that in early October I received an SMS that Windy Car Rental was trying to debit 314 lira from my card. There was no money on the card balance, so they failed. I wrote to the office of the Turkish company and asked to clarify the situation. They replied that this was a fine, but they could not clearly answer the request to send a copy for review and did not write anything else. It remains to think that either someone tried to steal money from my card, or a misunderstanding.

In general, car rental from Windy Car Rental went without any big problems. The car was pretty shabby, the smartphone charger didn’t work, the Istanbul hills were difficult to drive due to insufficient power, and the tires seemed to be worn out, nevertheless, she drove for two days without any problems. It was definitely better than not having a car at all) Although it is worth renting a car from this company only to save money or as a last resort when there are no other options at all.

During the next week I tried to get money from Enterprise for my failed rental. Everything was so complicated and incomprehensible that I had to connect a Turkish-speaking friend. In the end, after two weeks, I still got my money back.

Wrote them a bad review: tripadvisor.com/RentalCars_Review-g293974-d18223434-Reviews-Enterprise_Istanbul_Airport-Istanbul.html

In the end, it turned out that for the planned long trip from Istanbul to Trabzon (1200 km) to choose a car, wanted was not possible. Avec had no options, so I had to decide between Windy Car Rental with the old fleet and Enterprise, which I was thrown into.

I booked a car with Enterprise through rentalcars.com, and immediately decided that regardless of the result of the second rental, I would write them a bad review for the first broken rental. I rented a car for 11 days.

July 10, I came to the Enterprise office for a car, and after 1 hour and 20 minutes of waiting, Renault Megane arrived. New and clean. Everything was promptly processed through the tablet – the papers were not signed, all the signatures were put in electronic form, after which I left. 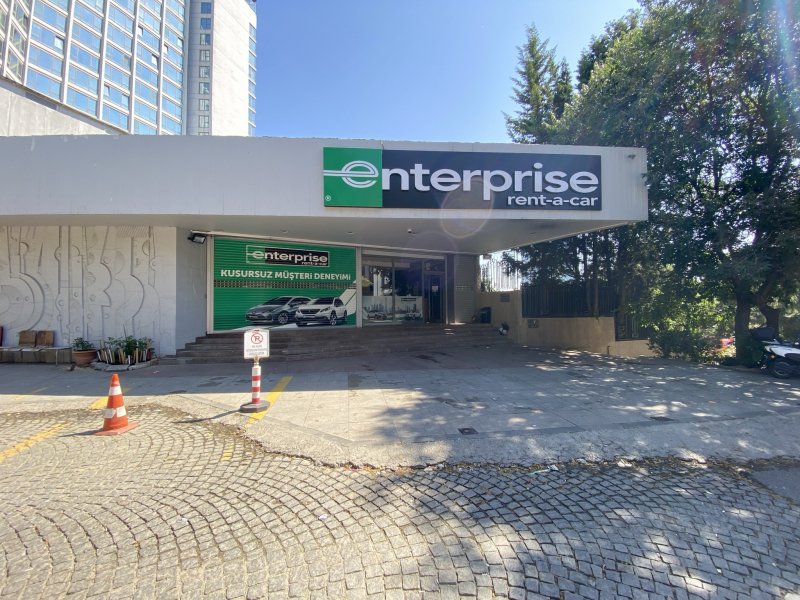 In the Enterprise office near Taksim 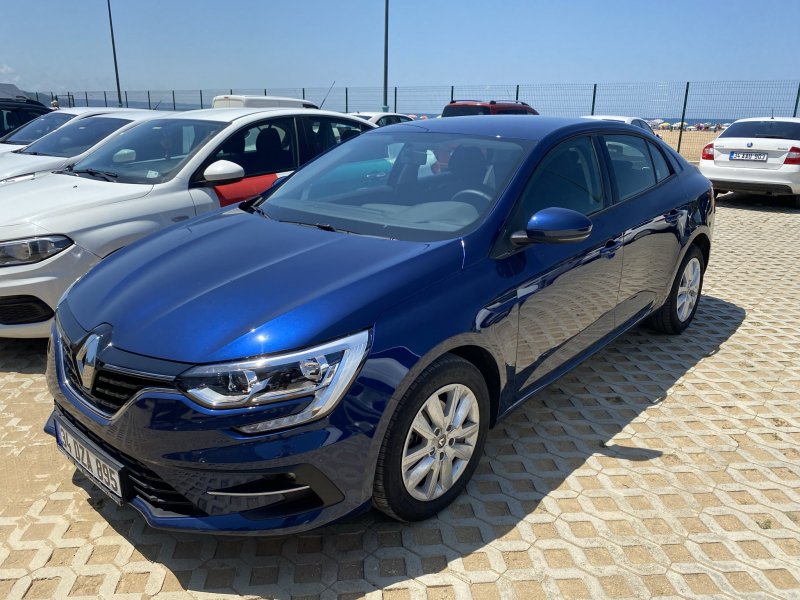 Renault that heated up and did not drive

During the rental period, I had to change the car, because on the first day, after a long exposure to the sun, the error started flashing (engine overheating). I called technical support and brought the car back – it was changed to another of the same brand – white.

White Renault< p> During the trip, the second car also had the same error – as I understand it, Renault Megan cannot withstand the Turkish heat, so the engine overheated and began to “swear”. I had to periodically stop and cool the car. In general, I was not lucky with Enterprise, if I ever turn to them, then only in an emergency.