The American aircraft manufacturer BOEING presented its new invention — 2022 ecoDemonstrator aircraft. In fact, this is a converted 777-200ER, 20 years old, which will test modern ideas and technologies.

Already this summer, the ecoDemonstrator will begin a series of tests both on the ground and in the sky. They will last six months.

Among the technologies to be tested during this time are projects aimed at reducing fuel consumption, harmful emissions and noise. Experiments using more environmentally friendly materials will also take place.

Thus, Boeing is collaborating with NASA in the development and production of “intelligent vortex generators”; — small vertical blades on the wing designed to improve aerodynamic efficiency and stability during takeoff and landing.

An interesting system for saving on-board technical water. The water flushed down the sink will be reused to flush toilets. This is designed to reduce the overall weight of the aircraft, and, hence, fuel consumption.

Experiments will be carried out with a more environmentally friendly refrigerant, new fire extinguishing equipment on board — to reduce greenhouse gas emissions.

A comprehensive study of the impact of cleaner aviation fuel on emissions reduction will also continue. The plan is to fill the 777-200ER with a 30/70 blend of sustainable aviation fuel (SAF) and conventional aviation fuel throughout the testing period.

During the 10 years of the ecoDemonstrator program, Boeing has tested some 230 technologies to achieve zero emissions , improve the reliability, safety and quality of passenger service.

A 2022 ecoDemonstrator, registration N861BC in 2022, was delivered to Singapore Airlines in 2002 and then flew with Air New Zealand and Surinam Airways liveries for 20 years.

It has now been repainted in clean white the colors blue, which Boeing says symbolizes a decade of testing to reduce fuel consumption, emissions and noise. 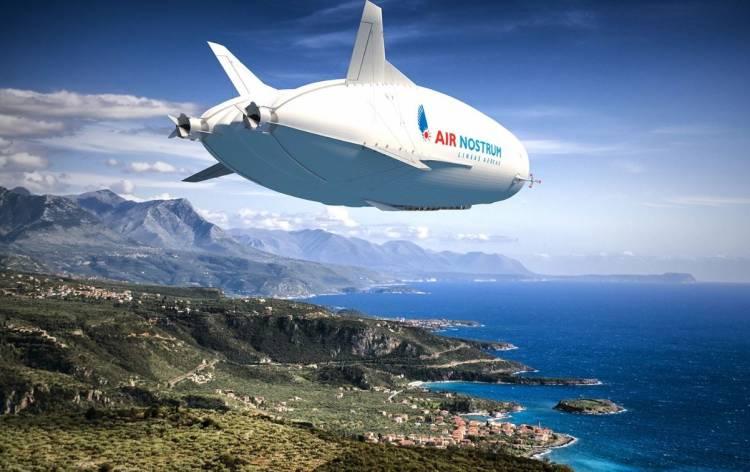 Earlier this month, Spanish airline Air Nostrum announced a 10 new hybrid airships. Delivery is scheduled for 2026. Airships made by British company Hybrid Air Vehicles can cut emissions by up to 90%, according to the company.