This country has undeservedly faded against the background of its brilliant competitor – Italy, but in 2021 it has every chance to take off to one of the most popular travel destinations.

We figure out what to see on the coast of Croatia. 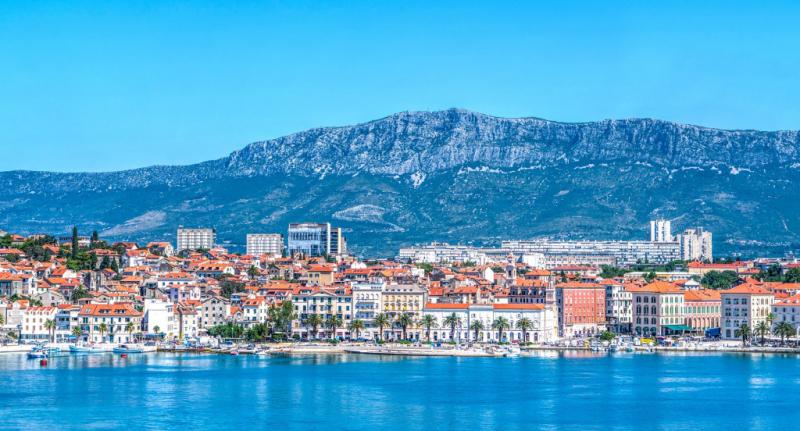 The borders opened for tourists on April 1, 2021. To get to Croatia, you must fulfill one of three conditions:

Visa required: any Schengen – Consulates of Croatia have resumed their work. Another condition for visiting the country – paid accommodation reservation for the entire stay.

Where to start the trip

At the moment, all direct flights of Aeroflot and S7 arrive in Zagreb. To get to Split or Dubrovnik, you will either have to drive about 600 km, or look for detours through Montenegro, where they are now allowed even without a PCR test and without a visa.

Which cities are a must-see

The most beautiful places in Croatia are on the Adriatic coast. We have identified 5 places worth visiting.

The architectural sights of this city, hidden behind the walls, – a must-have for exploring Croatia. Take a look at the Cathedral of the Assumption of the Virgin Mary, visit the Prince's Palace and walk along the pedestrian street Stradun towards the Franciscan Monastery.

Be sure to try seafood and fresh fish at the Tavern Arka restaurant overlooking Dubrovnik bay, and for oysters come to Oyster & Sushi Bar Bota. Bonus for Game of Thrones fans: this is where the intrigues of Westeros were brought to life, so you have a chance to be in King's Landing and even see the Iron Throne. 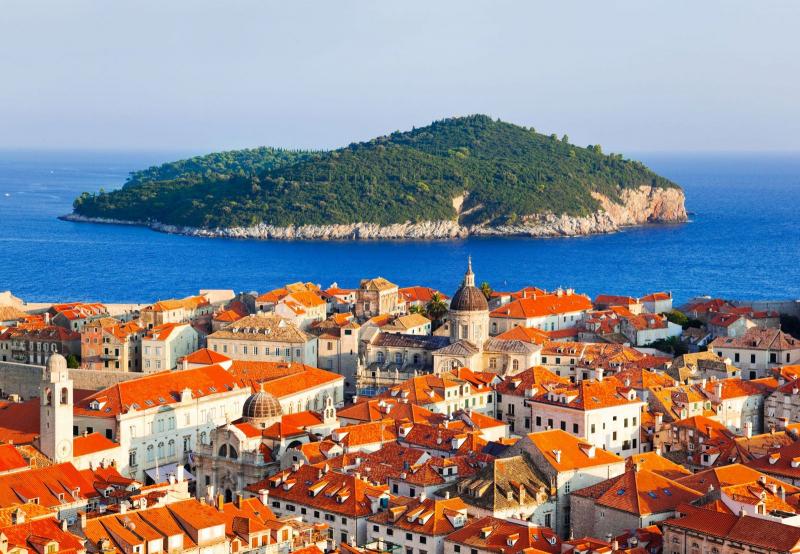 Another place on the coast with a magical old town. Start your acquaintance with it from the palace of Diocletian of the 4th century, get lost among the numerous squares and houses in different, seemingly incompatible styles – from Gothic to late Renaissance, and meet the sunset either on the long Ritsa embankment or on Maryan Hill.

This hill, among other things, is interesting for its old cemetery: if you like Catholic crypts and monuments, be sure to take a walk along it… most importantly, not at night, so as not to meet ghosts.

The main thing that is remarkable about this town – next to it is the Krka National Park, located along the river of the same name. Nature endowed this region with waterfalls – large and suitable for bathing, such as Skradinski buk, or smaller ones, like Roski slap, and man has created monasteries and built cities on its territory since ancient Rome. You can explore the national park by boat or on foot.

In the city itself, St. Saint Michael – plan a visit there if you decide to stay in Šibenik. 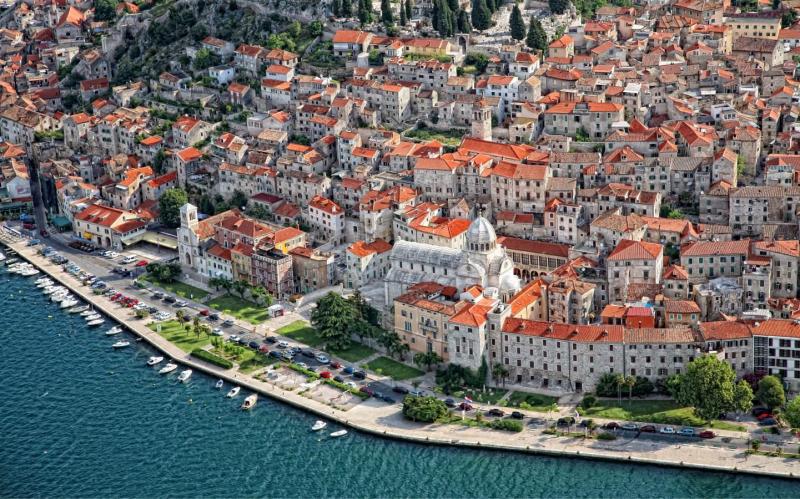 Do you want to hear the sea sing? Come to the waterfront of Zadar, where the “sea organ” is located; – a unique installation: metal plates are mounted in the steps, which sound differently depending on the strength and power of the waves.

Next to him – another cool installation: a large solar panel that puts on light shows after sunset. The third important thing to do in Zadar – ascent to the tower, from where you can see that the whole city – this is another corner of tranquility with red roofs and carved churches, which is so nice to wander around.

Pula completes the top coastal cities of Croatia. It is in this city that there is a large Roman amphitheater, as well as the triumphal arch of Sergius and the small temple of Augustus – Roman heritage in all its glory. There is even a Forum aka the main square. In a word, a chic old town, just like in the pictures.

The place is a must for inclusion in the “where to go” list; and is located not far from Zagreb – easy to get to.

Visit the smallest city in the world: only 28 people live in Hum, and its streets, the traveler has a strange feeling that he is on the set, but not in the real city. However, the churches are open, and there are two streets inside the city walls.

Take a look here if you are looking for solitude: there were few tourists even before the pandemic.

Look into the castle: for example, in Veliki Tabor of the 12th century, located in the north-west of the country . This is a monumental building with an old well and a collection of paintings, as well as a winery.

One of the most pleasant and relaxing ways to get to know Croatia – sail along its shores on a yacht. Imagine the perfect cruise: with sea breeze and sunsets, with the opportunity to explore the rocky uninhabited Kornati archipelago and the warmest Lastovo archipelago…

You are almost there: all you have to do is look at the author's tours to Croatia and choose your trip.< /em>