Having time to read everything is unrealistic

Reading the latest news, it seems that beloved Europe has become inaccessible. But do not rush to get upset, travelers. The world of adventure is still limitless, and both those who are the lucky holders of a Schengen visa and those who have not yet reached the visa center have the opportunity to go trampling the cobbled streets of Europe.

< p> For example, you can go to the Balkans: taste splash (and this is a cutlet, by the way), dance in the Lonely Planet 2019 party capital of the world, go on a yacht across the bay.

We talked with travel expert Yuri, whose heart has long been given to the Balkans, and learned how to do everything in time to the rhythm of Emir Kusturica's orchestra. 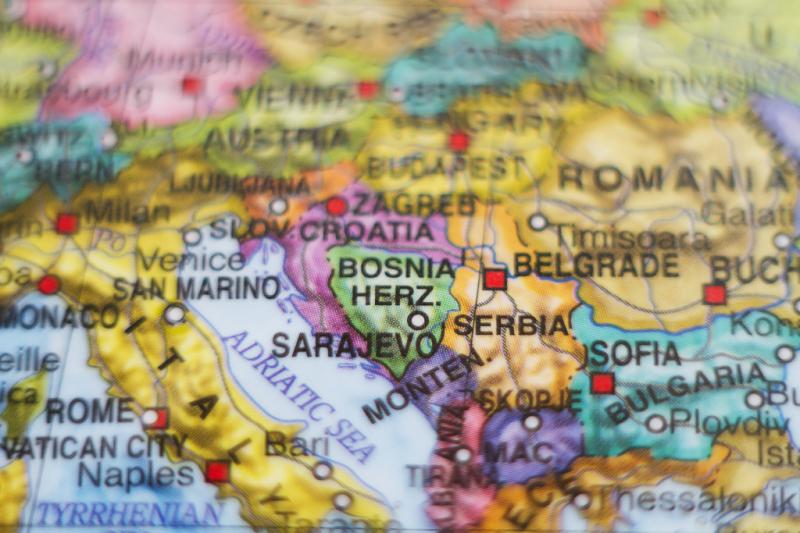 Map of the Balkan region

But the republics of the former Yugoslavia – Bosnia and Herzegovina, North Macedonia, Serbia, Slovenia, Croatia, Montenegro – are usually meant when talking about the Balkans. It is about them that we will discuss further.

How to get there?

In terms of covid restrictions, the situation has returned to the beginning of 2020: PCR tests have been cancelled. You can fly a direct flight from Russia to Belgrade Airport in Serbia from four cities at once (St. Petersburg, Moscow, Sochi, Kazan). A ticket for the end of August 2022 costs about 20,000 – 30,000 rubles. There is still an opportunity to fly to Belgrade from Istanbul and Ankara, combined with a tour of Turkish cities.

Do I need a visa?

Here we need to divide the countries into two groups.

The first will be Croatia and Slovenia, which require a national visa type D or a Schengen visa for entry.

In the second group – Serbia, Bosnia and Herzegovina, Montenegro, which will require a valid passport with free pages for printing.

What do people eat in the Balkans?

There is such a thing as “meat Balkans”. The cuisine here is truly amazing.

In Serbia, the absolute top is splash, a minced beef or pork cutlet, inside of which there may be cheese, prosciutto, pepper. Splash can be plain, gourmet or stuffed.

A traditional Slovenian soup called “gobova juha” is made with porcini mushrooms and is often served in a loaf of white bread instead of a plate. The soup is very hearty, thick, because cheese and cream are added to it.

Another amazing soup from Slovenia is bograch, essentially a goulash that comes from Hungarian cuisine. Especially good with freshly baked bread.

Move on. Chevapchichi are small sausages that resemble kebabs and came, of course, along with the rule of the Ottoman Empire. The cooking recipe will differ, first of all, in the meat used – halal for Muslims (for example, in Bosnia) and including pork for non-Muslims (for example, in Serbia). In fact, chevapchichi are common up to the Czech Republic and Austria. & nbsp;

And then there are the struukles. You can try them in Slovenia and Croatia, in fact it is a cheese dessert served with sour cream or sweet sauce. And in Serbia, strukli are nuts or plums baked in cheese. 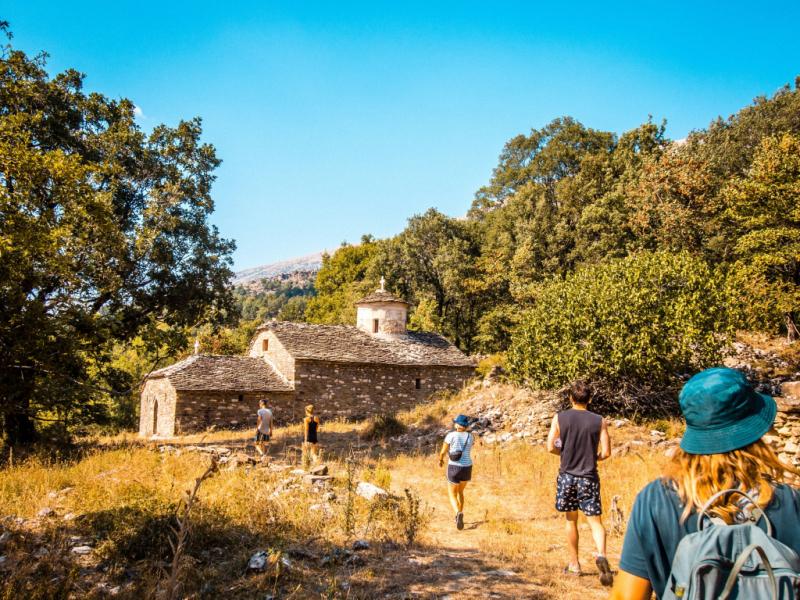 At the moment, the most guaranteed option is cash. Serbia is just planning to start accepting Russian cards, while in other countries this is not possible. The second option is money transfers through Zolotaya Korona or Unistream.

And what about Balkan music?

There is Skadarlija street in Belgrade, the so-called bohemian part of the Old Town. In fact, this is a whole block, which is located a couple of steps from the Republic Square. To be here on a Friday evening is an undoubted success, because from every place you will hear live music – from the tunes of old Yugoslav songs, folklore dedicated to the knights, to modern Serbian music.

In 2019, Belgrade was Lonely Planet's top party destination. You will be amazed – in the city there are places for absolutely every taste. Here are the usual nightclubs with house music and neon, and the absolute underground, and intelligent jazz. Many establishments can be found in the Brankova Bridge area.

Parties on barges deserve special attention in the warm season, this is an absolutely unique fun. Imagine you are going down to the Danube embankment, and there are 5-9 barges along the coast, and music is playing on each! Can be found from retro 60s to Goran Bregovic. In Belgrade, there is a separate type of establishments – kafans – where, in principle, they go to sing songs, but not to eat. 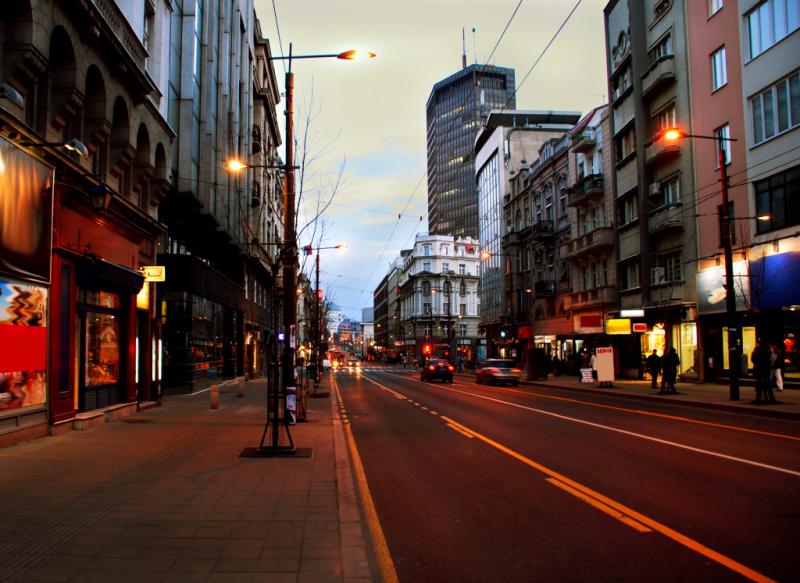 In general, the Balkans are more reckless guys than the Eastern Slavs.

Yes, no trip to the Balkans is complete without mentioning Emir Kusturica. We planned the trip in such a way that on one of the days of the trip we live in the village of Kusturica. During the Bosnian War, Emir Kusturica lost his house, and during the filming of the film “Life is a miracle” in the small village of Mokra Gora Kusturica built his house. The place is located on the Serbian border with Bosnia and Herzegovina.

What is the best way to travel between countries?

We are traveling in two cars. There are many places in the Balkans that cannot be reached by public transport.

For example, in Croatia you can get to the landscapes from the “Game of Thrones” and to the oldest village in Europe. Only locals know about many of these places, and we collected information about them bit by bit, driving independently along and across the country. 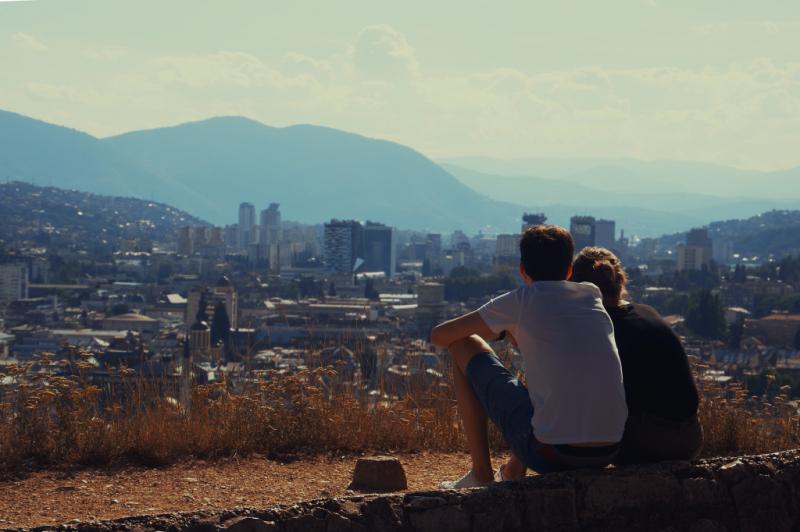 Top 3 places in the Balkans by Yuri

The Balkans is a patchwork quilt, a mosaic, a kaleidoscope of impressions and emotions, this is not a “melting pot” of New York, but a harmonious mix in which Titov's Empire architecture flows into German Gothic , berek can have any filling, from Marina Abramović to Goran Bregović, from mountains to bars under the bridge.

Go on a trip, explore new places with YouTravel.me.

Leave your mail and you will be the first to know about them – have time to book profitable tours and get up to 20,000 back to your card