Modern dams, dams and hydropower plants are multi-purpose gigantic, most often huge concrete structures, striking in their power and size…

Hydroelectric power plants are able to generate energy using inexhaustible natural sources, which is a boon for humanity, which still relies on the energy of minerals, the reserves of which, as you know, are not infinite. In addition, they also protect against floods and provide human drinking and irrigation water.

People have built a staggering number of dams. Today, the total number of operating dams in the world reaches 800,000. Many hydroelectric dams are under construction or planning.

Do you know which of the existing dams is the highest?

TOP 5 dams , dams and hydroelectric power stations of the world by height 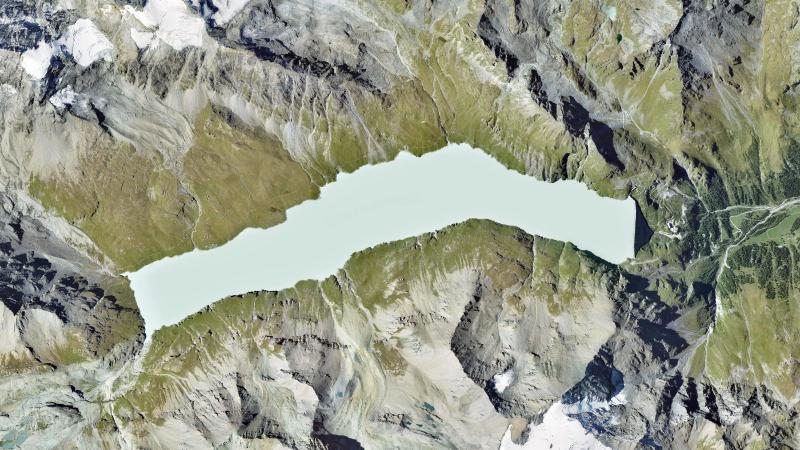 The valley at the site of the dam is V-shaped, forming a 4-kilometer artificial lake with a catchment area of ​​357 square meters. km. The reservoir capacity is 400 million cubic meters. m. Since the dam is built on a tributary of the Dixens River, the reservoir has a large capacity, but a small amount of water. The main source of water accumulation in the reservoir is the melting of glaciers, so the largest volume of water here is in September, and the smallest – in April.

The dam is open to the public and many hiking trails start around it.

The Xiluodu Dam is located in the gorge of the same name at the junction of the provinces of Sichuan and Yunnan in the lower reaches of the Jinsha River. Construction has been carried out since 2005 for 8 years. The project was suspended for some time for additional study of the impact of the future station on the environment. The hydropower plant is specialized in power generation with a range of additional functions such as flood control, sand blocking and silting of drinking water, improved cargo delivery, cascading balance for downstream power plants.

The Xiluodu Dam is a double-curved concrete arch structure with a total storage capacity of 11.57 billion cubic meters. m. This is the second largest hydroelectric power plant in China and the third largest in the world.

The electricity generated here is mainly used in East and Central China, taking into account the electricity needs of Sichuan and Yunnan provinces.

The Xiaowan Dam is located at the junction of the cities of Lincang and Baoshan in the Chinese province of Yunnan. Built on the Mekong River, it is the tallest concrete dam in the world. Construction preparations began in 1999. Since it included 30 townships in 8 counties of Lincang, Dali and Baoshan, 101 village committees and 703 groups of villagers, 35,899 people had to be resettled, which took 11 years. The construction was completed in 2010, and the total cost was about 27.5 billion yuan.

The Xiaowan Dam is designed with a seismic intensity of up to 9 points and can easily withstand earthquakes of up to 8 points on the Richter scale. This is a hydroelectric power plant, which is mainly designed to generate electricity. At the same time, it can protect against floods, serve to irrigate land, block sand and help deliver goods.

The construction of this dam, located in Tajikistan, began in 1961. Electricity has been produced since 1972, and the project was fully completed in 1980. It is also a project with comprehensive functions such as power generation, irrigation and shipping.

The largest dam of the Nurek HPP is 300 m high and has a crest length of 704 m. This earth-and-rockfill dam has a clay core. The water reservoir covers an area of ​​98 square meters. km with a total storage capacity of 10.5 billion cubic meters. m and a capacity of 4.5 billion cubic meters. m. This is a reservoir with seasonal regulation. The dam is equipped with 9 generator sets. Annual electricity generation accounts for 70% of energy needs in Tajikistan. The country exports excess energy to Kyrgyzstan, Uzbekistan and Afghanistan.

The first Jinping Dam is located in the Chinese province of Sichuan. This is a cascade controlled reservoir dam in the lower reaches of the Yalong River. To date, the design of this structure has embodied the pinnacle of technology in the construction of dams. The height of the dam is greater than the height of the Eiffel Tower.

Jinping-1 is a concrete arch dam with a double bend. Construction continued from 2005 to 2014. It was planned to be built back in the 60s of the 20th century, but was realized only 40 years later. Previously, 7,500 local residents had to be relocated to other places. In order to fill the gorge, 5 million cubic meters had to be used. m of concrete. In the year the project was completed, the dam immediately entered the Guinness Book of Records for height.

Given the amount of electricity that Jinping-1 can generate, it is possible to save 7.682 million tons of raw coal annually, reduce sulfur dioxide emissions by 105 thousand tons, and reduce dioxide emissions carbon by 13.712 million tons, which is of great importance for the ecology of China and the entire planet.